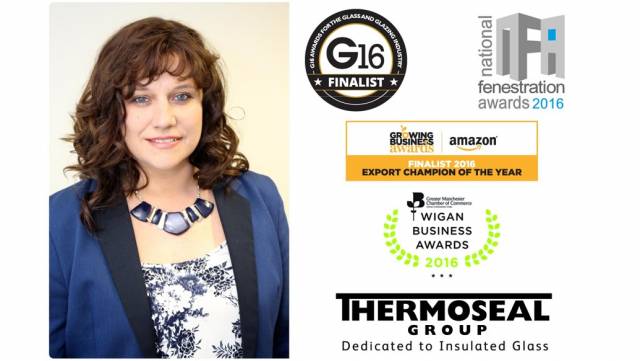 Thermoseal Group UK has added to its recent swag of awards, being announced as the Winner of the Export Champion of the Year award at the 18th annual Amazon Growing Business Awards, which took place at The Brewery in London on November 30th.

The local business was up against companies including Crawford Healthcare in Cheshire, Kendal Nutricare in Cumbria and Magic Whiteboard from Worcester for the accolade.
The company was nominated for the Export Champion of the Year award following a stellar year, in which it expanded its operation in Wigan to hold seven warehouses, and developed an apprenticeship program to train the next generation of staff.
Thermoseal Group exports machinery and components for the production of double and triple glazed window units to 22 countries and has increased its international business by 100% since January.