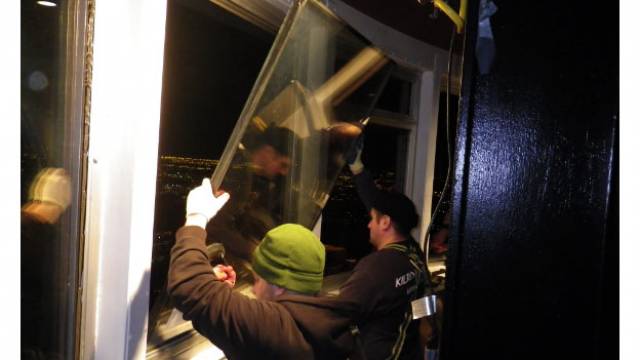 Guardian Industries DiamondGuard glass was recently installed on the 102nd story of the Empire State Building in New York City as part of an extensive renovation to update this venerable landmark.
The Empire State Building features two observation decks, one on the 86th floor and the other, almost a quarter mile up in the sky on the 102nd floor, the highest point in New York City. Visitors to the 102nd floor Observatory are treated to a panoramic view of New York where on a clear day you can see 80 miles and five states. Guardian DiamondGuard glass can be found as part of the insulated glass units on the 102nd floor.
With approximately 4 million people visiting the Empire State Building each year, Guardian DiamondGuard was selected because it is 10 times more scratch resistant than regular glass, which means longer lasting glass and clear, unobstructed views.
Because it is permanently fused with the strength of carbon, DiamondGuard has an extremely low coefficient of friction that permanently protects it from scratching, scuffing and hazing. The glass’s scratch resistance is the result of Guardian’s patented vacuum deposition process, developed in response to the requests of facilities managers for a more durable glass product. Guardian DiamondGuard demonstrates sustainability in the built environment because high endurance glass minimizes the need for costly replacements.
The building was awarded LEED Gold for Existing Buildings certification by the US Green Building Council.
“The Empire State Building is an icon – one of the world’s most famous buildings and one of the most popular tourist destinations in New York City,” said Mark Lacasse, group vice president, North America Flat Glass. “Guardian DiamondGuard is ideal for such applications and an important part of the Empire State Building’s renovation.”
The project used Guardian UltraWhite low-iron glass produced at Guardian’s Carleton, Mich. float glass plant. Guardian UltraWhite glass is manufactured with reduced iron content to improve clarity and reduce the green tint inherent in standard clear glass. The DiamondGuard coating was applied at Guardian’s Corsicana, Texas float glass plant and then laminated at the company’s Reedley, Calif. glass fabrication plant. Alpen HPP in Colorado made the insulated glass units with Kilroy Glass and Metal Inc. in New York installing the final product at the Empire State Building. 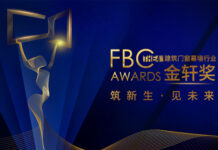 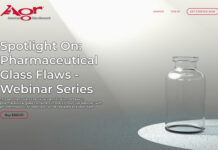 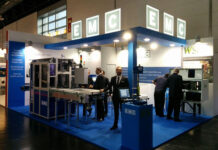 GPD: planning next edition – changes in the conference and team