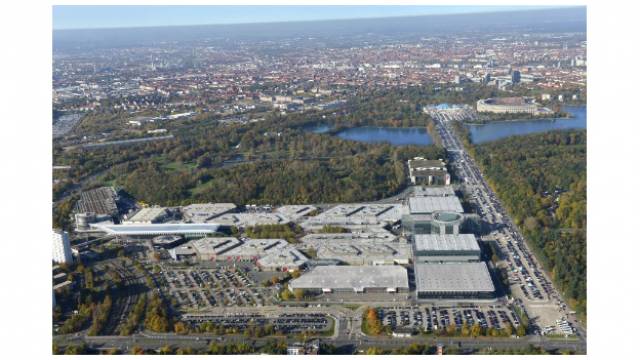 NürnbergMesse Brasil is continuing to globally expand the Group’s existing field of expertise from fensterbau/frontale and extending the leading sector fair Glass South America to include this segment. In addition, NürnbergMesse Brasil and Landesmesse Stuttgart will, in future, be staging R+T South America, which for the first time is being held from June 2016 in Sao Paulo parallel to Glass South America. For Dr. Roland Fleck and Peter Ottmann, CEOs of the NürnbergMesse Group, this decision is only consistent: “Glass South America is the largest trade fair for its sector in the whole of Central and Southern America and will be held for the 12th time next year – it is firmly established in the market and extremely successful. Our expertise gained from fensterbau/frontale will further enhance the event’s content. For us this is the next important step. In addition, we are becoming actively involved in R+T South America and, together with our subsidiary in Brazil, are playing a valuable part.”
Glass South America is already established as a leading sector trade fair in South America: 200 brands, 13,000 trade visitors and around 11,000 m² of exhibition space speak a clear language. But for Ligia Amorim, Managing Director at NürnbergMesse Brasil, in addition to the sector key figures, it is particularly the ‘Quality of the trade fair’ theme which is of central significance: “In Sao Paulo every two years the economic and industrial decision-makers come together for the theme of ‘Production technology for all aspects of glass’. It was very important for us to expand this core segment to include expertise from an event, which is already being successfully staged in Germany and for example by NürnbergMesse India as fensterbau/frontale”. As a result, with Glass South America, its content further developed through the addition of the window segment, and also the parallel event R+T South America, a trade fair package is being created which opens up a direct channel for the interested trade visitors to the suppliers of the entire product spectrum.
Particularly in South America there is enormous potential for quality products: in this connection, PVC elements, which for example are only used in just 5% of all buildings in Brazil, meet the latest requirements in terms of thermal aspects, insulation, acoustics, safety and aesthetics. With the introduction of quality standards and norms for doors, windows and window frames, this trend is expected to intensify even further. In this connection, the relevant forum bringing together all the market trends will be held in June 2016 in Sao Paulo. The Lisec company from the Lower Austrian town Seitenstetten is also banking on the energies resulting from this for its in-house sales and marketing. Lisec Head of Communications Filip Miermans: “With our 1,600 employees worldwide, we are setting standards in quality and technology. With its successful fensterbau/frontale and Glass South America formats, NürnbergMesse is a valuable platform enabling us to be successful with our products in the respective market.”
For any customer who already has Glass South America, the sector’s leading fair in South America, on the agenda, themes such as roller blinds, doors and sun protection are also obviously important. This range is now being consistently expanded by the parallel event R+T South America. R+T is held every three years in Stuttgart and is regarded as the world’s leading sector get-together with offshoot events in Australia, Turkey and China. Thanks to the complementary event covering all aspects of the windows and facades themes, a considerable added value is created for exhibitors and trade visitors at the new trade fair duo.
In future, R+T South America will be staged jointly by NürnbergMesse Brasil and Landesmesse Stuttgart. As one of the leading trade fair organizers in the national market, NürnbergMesse Brasil will primarily concentrate on the potential of the Brazilian market, while the international R+T network of Landesmesse Stuttgart organizes the worldwide sales and marketing for the event.