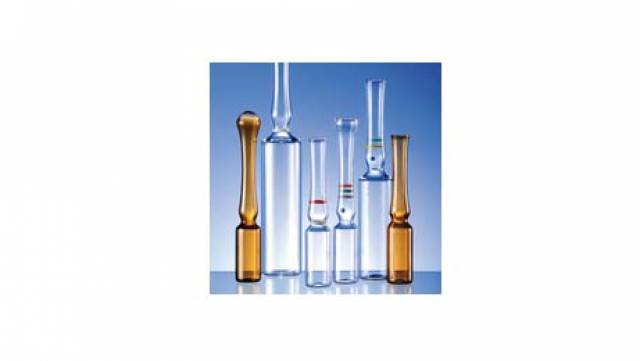 Gerresheimer AG substantially increased earnings in the second quarter of financial year 2014. “High-quality packaging for drugs and products enabling safe and easy self-medication continues to be increasingly in demand worldwide. We achieved growth in revenues and most of all in earnings in the second quarter of this year. This confirms our guidance for 2014,” said Uwe Röhrhoff, Chief Executive Officer of Gerresheimer AG. Gerresheimer AG is one of the leading partners to the pharma and healthcare industry worldwide, developing and producing glass and plastic packaging for drugs and cosmetics along with complex drug delivery products, such as insulin pens, asthma inhalers and prefillable syringes.
Gerresheimer again increased revenues as planned in the second quarter of financial year 2014 (1 December 2013 to 30 November 2014). Revenues in the second quarter of 2014 came to EUR 335.4m, up 2.6% on the prior-year quarter. At constant exchange rates, revenues grew by 6.0% compared with the prior-year quarter. The main driver of revenue growth was the pharmaceutical plastic packaging business. Similarly, the engineering and tooling business, which tends to precede series production of medical plastic systems, once again saw a large increase in revenues. Revenues with prefillable syringe systems likewise continued to grow.
In the second quarter of 2014, the company generated adjusted EBITDA of EUR 65.1m, an increase of 9.1% on the prior-year figure. The adjusted EBITDA margin was 19.4% in the second quarter, outperforming the 18.3% margin in the comparative period. Margin growth spanned all three divisions. Net income for the second quarter totalled EUR 20.8m, EUR 8.5m higher than net income in the same period of the prior year. The EUR 0.61 earnings per share was higher than the figure of EUR 0.34 recorded for the prior-year quarter.
As planned, Gerresheimer incurred capital expenditure of EUR 25.1m in the second quarter of 2014. Capital expenditure continued to focus on adding production capacity for medical plastic systems such as insulin pens and inhalers in Horsovsky Tyn, Czech Republic, and Peachtree City, US.
The company continues to anticipate revenue growth of 4% to 6% at constant exchange rates for financial year 2014. Gerresheimer expects adjusted EBITDA, as before, to be in a range of between EUR 250m and EUR 265m at constant exchange rates. Capital expenditure in financial year 2014 will be on a par with the preceding financial year, representing some 9% to 10% of exchange rate adjusted revenues.
Gerresheimer is a leading global partner to the pharma and healthcare industry, with worldwide operations and its 11,000 employees manufacture products in local markets, close to its customers. With over 40 plants in Europe, North America, South America and Asia, Gerresheimer generates revenues of approximately EUR 1.3 billion.