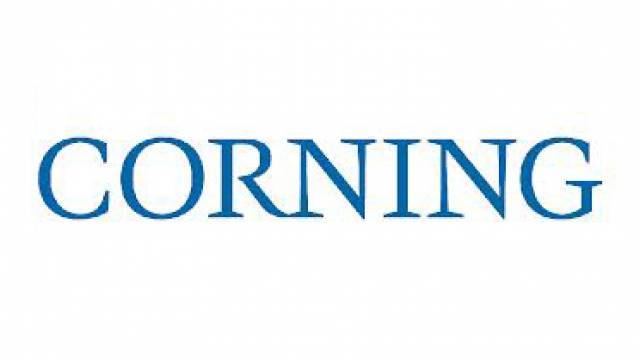 “Corning’s strong third-quarter results reflect the increasing momentum that we expected in the second half of this year. Sales and gross margins increased in every business segment year over year. We also grew the company’s sales, core earnings and core EPS both sequentially and year over year,” Wendell P. Weeks, chairman, chief executive officer, and president, said. “Our operating results and progress on key growth initiatives continue to reinforce our confidence in Corning’s strategy.”
“Third-quarter core earnings grew by 16% versus last year excluding core equity earnings from the former Dow Corning Corporation’s silicones business, which no longer contribute to our results. Even without this adjustment, core earnings were 4% higher. We are very pleased by this strength and expect continued year-over-year core sales, core earnings, and core EPS growth in the fourth quarter,” R. Tony Tripeny, senior vice president and chief financial officer, added.
Update on Strategy and Capital Allocation Framework
In October 2015, Corning’s management committed to a Strategy and Capital Allocation Framework designed to create significant value for shareholders by leveraging the company’s financial strength and focusing the company’s portfolio. The Framework includes a commitment to delivering at least $12.5 billion to shareholders while investing $10 billion in growth opportunities through 2019.
“Since the Framework was announced, we have gained traction with customers on our growth initiatives, realigned our interest in Dow Corning, and are on track to return more than $6 billion to shareholders by year end. We are making great progress and creating significant value for our shareholders,” Weeks added.
Highlights of the company’s achievements in the third quarter include:
•Launch of a previously announced $2 billion accelerated share repurchase.
•Introduction and adoption of two new Corning® Gorilla® Glass solutions: Gorilla Glass 5, which provides superior drop performance for smartphone devices, and Gorilla Glass SR+, which delivers an unparalleled combination of scratch resistance, optical clarity, and toughness for wearable devices.
•Additional platform wins with major OEMs for Corning® DuraTrap® GC filters that reduce particulate emissions from gasoline direct-injection vehicles.
•Announcement that Mercedes-Benz Stadium, home of the Atlanta Falcons beginning in 2017, will use the Corning ONE platform as a single optical core for its Wi-Fi, cellular, and video network.
•Strong response to the debut of Gorilla Glass in auto interiors at the Paris Auto Show.
Panel makers increased utilization to meet strong set maker demand in advance of the fourth-quarter peak retail season. As a result, glass market volume was up by a high-single digit percentage sequentially, above expectations. Corning’s LCD glass volume was up slightly more than the market due to customer mix. Price declines remained moderate, as expected.
The company expects panel maker utilization to remain high and for glass supply to remain tight in the fourth quarter. Sequentially, fourth-quarter volume is expected to be consistent to slightly down, in line with the glass market, as the company’s full-year outlook has not changed.
Third-quarter sales in Optical Communications were up 6% on a year-over-year basis reflecting strong growth in fiber-to-the-home market. Hyper-scale data-center product sales were below company expectations.
Year over year, fourth-quarter sales are expected to increase by a high-single-digit percentage driven by continued fiber-to-the-home strength.
Third-quarter segment sales were up 3% from last year and slightly ahead of expectations. Light-duty substrate sales for the auto market reached a record level, driven by continued strong demand in North America, Europe, and China, and additional platform wins.
For the fourth quarter, sales are expected to be down year over year by a low-single digit percentage due to continued weakness in the heavy-duty truck markets.
Specialty Materials third-quarter segment sales were up 11% sequentially and 2% year over year, exceeding expectations. Sales during the quarter benefited from the introduction of two new Gorilla Glass products.
For the fourth quarter, sales are expected to increase by a high-single-digit percentage year over year driven by volume growth in Gorilla Glass.
Third-quarter sales in Life Sciences met expectations for low-single-digit percentage year-over-year growth, with similar year-over-year sales growth expected in the fourth quarter.
Gross Equity Earnings:
GAAP and core gross equity earnings were $19 million in the third quarter of 2016. Equity earnings in this year’s third quarter largely represent the contribution from Corning’s interest in Hemlock Semiconductor Group, formerly a part of Dow Corning. As a result of the Dow Corning strategic realignment, this year’s equity earnings do not include any contribution from the former Dow Corning silicones business.
The company’s gross equity earnings in the fourth quarter are expected to be between $75 million to $85 million due to the timing of contract commitments in Hemlock’s solar business.
Upcoming Investor Events
On Nov. 29, Corning will present at the Credit Suisse 20th Annual Technology, Media and Telecom Conference to be held in Phoenix, Ariz. Nov. 28 through Dec. 1, 2016.