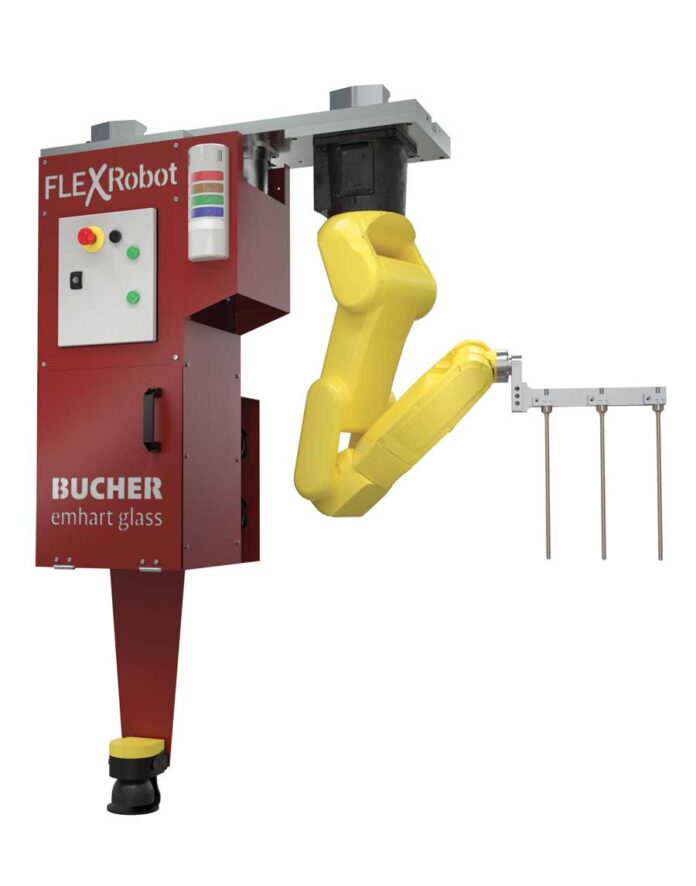 Bucher Emhart Glass recently received a repeat order for its swab robot system FlexRobot from Asia Pacific Glass in Bangkok, Thailand, which is discussed in this article.

AUTOMATING A REPETITIVE TASK: EFFICIENCY GAINS AND TIME SAVINGS
Swabbing blank moulds and neck rings has traditionally been carried out by human operators. Bucher Emhart Glass (BEG)’s FlexRobot can automate the procedure, taking on a repetitive task and delivering efficiency gains and time savings. The FlexRobot system is mounted on the blank side panel and integrated into the FlexIS control system. One FlexRobot can serve an entire Tandem machine installation.
FlexRobot uses less swab liquid and swabs blank moulds ‘on the fly’, helping to increase output from the machine. Since lubricant is sprayed into closed moulds with no contact between spray nozzles and the surface of the mould, wear and tear is reduced and moulds have a longer lifetime. FlexRobot also uses less lubricant, helping to reduce both machine contamination and the amount of smoke generated by swabbing. Additionally, spraying profiles can be tailored to meet the needs of the specific articles.
Since operators have to spend less time interacting with the machine, there is less risk of accidents. The system also eliminates strain injuries: in an eight-hour shift, an operator would normally have to carry out around 700 swab movements, and raise his/her arm to activate the manual swab cycle more than 200 times. With the time saved, operators can focus on value adding tasks such as trimming the process aided by process sensor systems to improve the output.
FlexRobot is integrated into all available BEG forming machines, and can also be retrofitted to older machines. It forms part of BEG’s strategy to increase automation throughout the glass container production process, helping clients improve efficiency, safety and profitability. 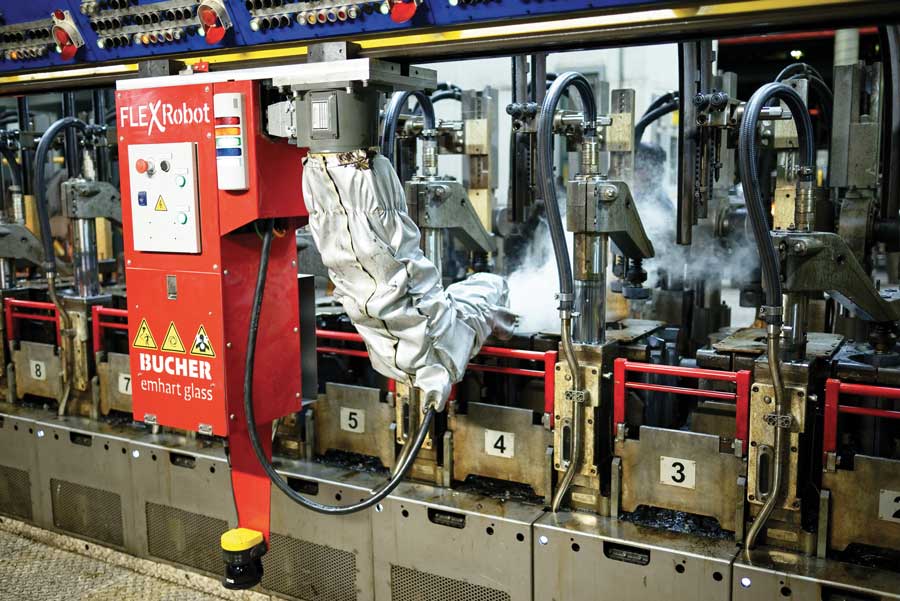 REPEAT ORDER FOR FLEXROBOT FROM ASIA PACIFIC GLASS
BEG recently received a repeat order for its swab robot system FlexRobot from Asia Pacific Glass in Bangkok, Thailand, a clear confirmation of the success of this solution.
Asia Pacific Glass ordered their first FlexRobot unit in August 2018, taking delivery in early 2019. Their second system will be installed this year, on a 12-section 4.25” triple-gob AIS machine.
Since the glass industry in Thailand is a very competitive market, securing this repeat order was a major success for this state-of-the-art technology for BEG. FlexRobot also offers swabbing for closed blanks, and can be easily integrated into the FlexIS control system or BEG’s End to End environment of automatic closed-loop production control.
For APG, the project was managed by Khun Santiphop (Deputy Director) and Khun Natiwat (Production Manager), who acted as the main point of contact and provided a technical perspective. BEG’s project manager was Jonathan Chan, who developed the specification and technical details, while the commercial side was handled by Sales Account Manager Jakub Ciosmak.
“The first installation was a challenge, because this was our first retrofit on an AIS machine,” explains Jakub. “APG needed to get involved with technical aspects such as control-unit cooling, cabling and rails. To help them, we offered support with both installation and production. After one year of using the FlexRobot the results are very good and the repeat order proves the trust of APG in this technology and in the partnership with Emhart.” 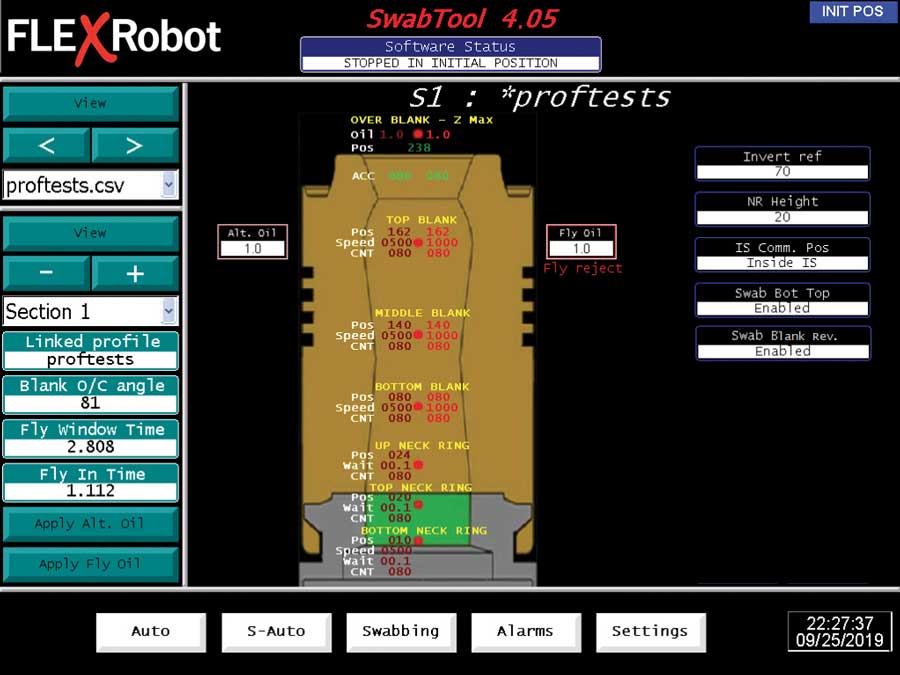 “The quality of the containers has improved considerably, especially the impact on the bottom of the containers (more uniform) as well as the reduced oil marks on shoulders and necks,” confirms Khun Natiwat.
Production support was provided by Carlos Bermudez, Production Specialist at BEG, and staff based at BEG’s Singapore office also played a vital role in reacting quickly to requests for custom requirements and and other aspects.
As well as the technology, the ongoing support from BEG was a major factor in APG’s decision to order a second FlexRobot system. “Carlos gave us an invaluable helping hand with setting up the robot and supporting us to achieve stable production,” explains Khun Natiwat. “Based on that experience, we know BEG will always support us.