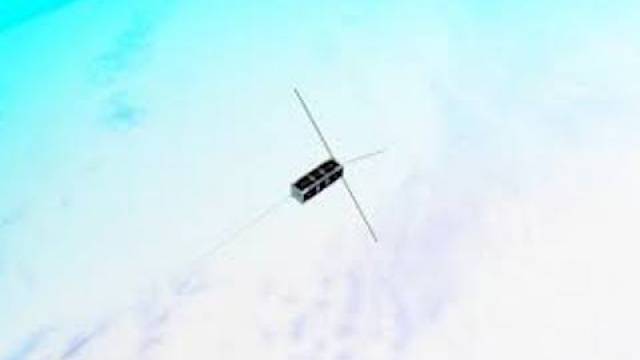 The team has members from five different departments of Aalto University. Additionally, a consortium of Finnish universities and space industry has been formed to support the satellite project, and international relations with several foreign universities have been created.
On the satellite, there are areas that are not covered by solar cells or any other equipment, which still need protection. The solution is a two-layer coating, where the aluminium surfaces have first been anodized and then coated in the Beneq factory with indium tin oxide (ITO).
The ITO coating on the satellite has dual functionality. Firstly, its anti-reflective capabilities serve as a part of the satellite’s thermodynamic control system that distributes thermal energy evenly around the satellite during the hot and cold cycles of the orbit.
Secondly, the ITO layer’s electrical conductivity is needed for the functionality of the satellite’s electrostatic plasma brake, which consists of a single gravity-stabilized tether that can be used for deorbiting the satellite, to avoid leaving it in orbit as space debris after the mission.
The satellite is scheduled to be launched by the summer of 2016, with its successor Aalto-2 already aiming for a launch at the end of 2016.
Finding the right solution for a demanding thin film coating challenge can be complicated. In this case it required finding the right balance between the conductive and refective capabilities of the thin film coating in connection with the special durability requirements for anodized aluminium under the extreme forces of a space mission.
More information is available at http://beneq.com/beneq-services.html