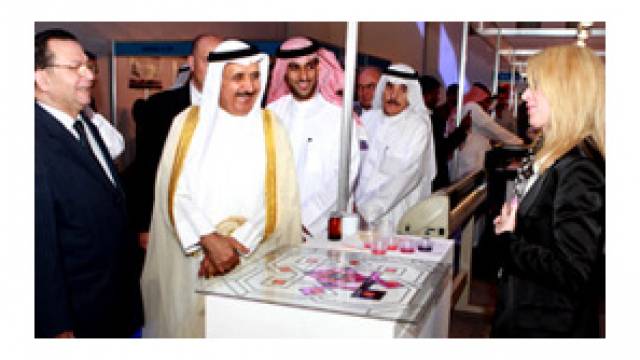 BDF Industries, one of the exhibitors at Gulf Glass 2013, has not only decided to confirm its presence, but also to increase its footprint at the show, by taking a larger stand than ever before, and in a more prominent position.

BDF Industries, one of the leading technology suppliers to the world’s glass industry, is just one of the latest big names to confirm their presence at this year’s Gulf Glass exhibition (3-5 September, Dubai).
Not only that, but BDF has decided to increase its footprint at the show, by taking a larger stand than ever before, and in a more prominent position.
BDF is just one of a number of companies that have confirmed their presence and firmed up their arrangements since the beginning of the year, with other leading suppliers such as Electroglass, Hegla, Bystronic and Busellato Glass Moulds just some of the names who have put pen to paper in the last couple of weeks.
“The relocation of the Gulf Glass series of exhibitions to Dubai, and its revised timeslot of September, have been a real hit,” says Derek Burston, exhibition director, Gulf Glass 2013.
“Not only is Dubai pivotal to the entire MENA region in terms of access and prosperity, it is also the perfect barometer for the whole region and the amount of investment now pouring into the entire glass industry,” he adds.
“It is also the perfect international meeting point too, for those companies wishing to visit a show in a dynamic region, and one which provides easy links both east and west in terms of longer business trips. Being perfectly ‘in-between’ glasstec shows in terms of timing too also helps, as it now provides an opportunity for an annual meeting place,” says Burston.
“Perhaps this is why we already have reservations for 73% of the floor space at the show this year, with much of the remainder under conditional contract,” he concludes.
Those who wish to book space at Gulf Glass 2013 can contact Derek Burston, exhibition director at des@gattacaltd.com, or visit www.glassinthegulf.com for more information.