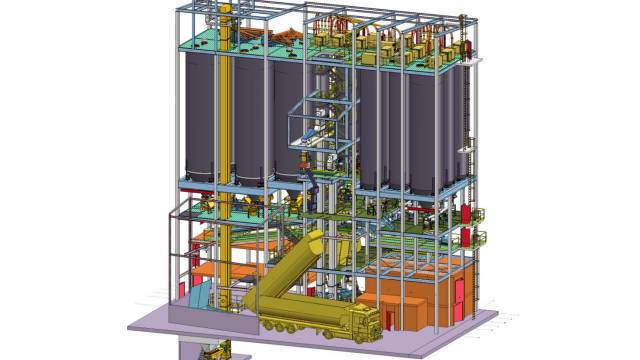 Zippe has received a number of orders from Wiegand-Glas regarding batch transport and a batch house.

In the past weeks Wiegand-Glas placed several orders with Zippe Industrieanlagen GmbH for its plant site in Steinbach am Wald.
The first order is for a new batch transport system from an existing batch house to the furnace. The challenge of this order is the installation of the belt bridge system. The belt bridges need to be mounted without intervening in the glass plant´s operations. Commissioning of this batch transport will still be realized in 2017.
The largest order of this series is a new batch house. In 2018 it will be installed on the premises of a former batch plant. The new batch plant is designed to supply multiple furnaces. It is equipped with two intensive mixers with a capacity of 2250 liters each. This order also includes the connection to the batch transport for a new melting furnace. This plant will start operations at the end of 2018.
One of the orders comprises a further batch transport system from the new batch house to an existing furnace. This plant will also start operations at the end of 2018.
Zippe will execute all these orders on a turnkey basis.
Share
Facebook
Twitter
Pinterest
WhatsApp
Share this article
Share
Facebook
Twitter
Pinterest
WhatsApp