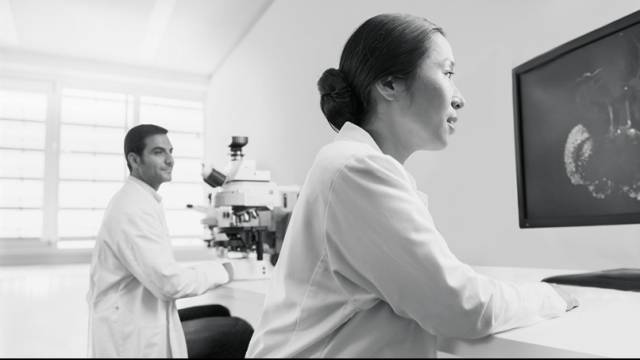 ZEISS has established a new innovation center to accelerate the company’s digital transformation.

ZEISS Digital Innovation Partners will support the business groups of the global optics and photonics player in leveraging the opportunities offered by digitalization for customers, partners and employees. ZEISS Digital Innovation Partners will be set up by Matthias Gohl, who was formerly Head of Corporate Strategic Development at ZEISS. In his new role he will report directly to Thomas Spitzenpfeil, CFO and CIO at ZEISS.
Based in Munich, the center will grow to 100 employees in the next two years and will also be present at other ZEISS sites around the globe.
In the past few years ZEISS has already launched digital initiatives in different areas of the company and has developed new, digital solutions for its customers. Examples of projects on which work is already underway include the extensive online-based customer dialog, big data applications and the networking of measuring machines, microscopes and diagnostic medical devices.
The primary goal of ZEISS Digital Innovation Partners is now to develop scalable digital solutions, products and services together with the BGs at even greater speed. With the founding of ZEISS Digital Innovation Partners, digital transformation at ZEISS is entering the next phase.
“In recent years we have launched and successfully implemented digital projects throughout the company, particularly as part of our initiative ‘Winning in the Digital World. The founding of ZEISS Digital Innovation Partners is an important milestone to propel digital transformation to new heights at ZEISS,” says Spitzenpfeil. Gohl adds: “ZEISS Digital Innovation Partners combines the best of two worlds: the spirit, drive and agility of a digital start-up with the long-term orientation, financial stability, strategic farsightedness and know-how of an internationally successful, established company.”
Munich was chosen as the main site as it is one of Europe’s central IT hotspots and offers the ideal environment to attract high potentials from all over the world for the relevant areas of technology. With the city’s many high-tech enterprises and top-class universities, the proximity to customers is guaranteed. In addition, around 200 IT specialists from the Medical Technology and Microscopy business groups already work in Munich. ZEISS headquarters in Oberkochen to the west of Munich can be reached in just under two hours.
Matthias Gohl headed Corporate Strategic Development of the ZEISS Group from 2014. In this position, he played a key role in shaping the corporate initiative ‘Winning in the Digital World.’ He started his career in 2004 at the German Federal Foreign Office before working at the International Atomic Energy Agency. In 2005 he accepted a position as an advisor at the German Federal Ministry for the Environment, Nature Protection and Reactor Safety. In 2007 he switched to the McKinsey management consultancy. In his most recent position as Associate Principal, he acted as a consultant for energy providers and mechanical engineering companies in particular and was involved primarily in strategy projects for international growth, sales excellence and transformation projects. Matthias Gohl studied physics at the University of Giessen and the University of Washington.