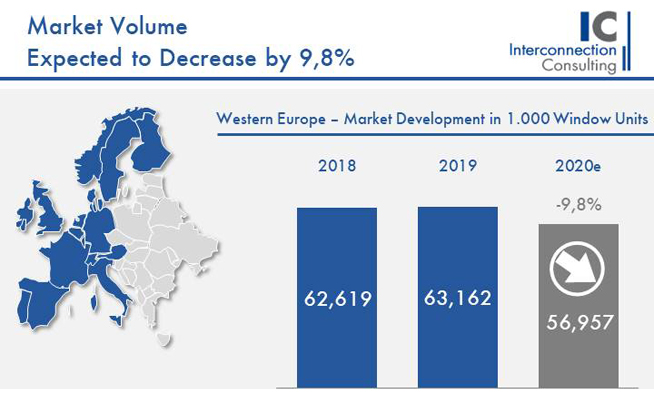 Sales in the Western European window market will decrease by 9.8 percent in 2020 compared to the previous year. This fall in the industry due to the COVID 19 crisis is set to continue unabated in 2021. The market is not set to recover before 2022 at the earliest. However, even then, the pre-crisis level will not be reached again until later, according to a study by Interconnection Consulting. 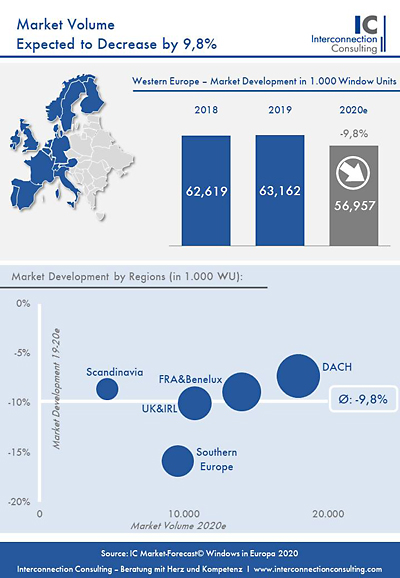 Different Faces of the Crisis
The market volume in the markets examined is set to decrease from 19.0 billion EUR to 17.9 billion EUR until 2023.

The region of Southern Europe (Italy, Spain, Portugal) was hit the hardest, and is expected to experience a drop in volume of 15.6 percent in 2020.

Like in all other regions of Western Europe, the market will not recover until 2022. The average annual decline in sales on the window market in Southern Europe will be 3.7 percent, according to the study.

The United Kingdom & Ireland are also in for a difficult time. Here, too, the decline in sales for 2020 will be in the double-digits. The crash is even set to accelerate in 2021. In addition to the pandemic crisis, economic uncertainty due to Brexit is also affecting the mood of investors.

The France & Benelux market will be hit very significantly. While the decline for this year remains in the single-digit range, a sales decrease of 12.2 percent is expected in 2021. The recovery in 2022 will also be very moderate compared to the other regions.

In the Nordic countries (Norway, Sweden, Denmark, Finland), a decline of 8.6 percent is expected for this year, with Sweden (-9.8 percent) and Finland (-9.5 percent) experiencing the largest drops. In the long-term, the study predicts Sweden will be hit hardest in the region, with an average decline of 2.5 percent annually until 2023.

The DACH region (Germany, Switzerland, Austria) is set to recover from this crisis the fastest. The study predicts that the pre-crisis level can almost be reached again by 2023.

Renovation Sector as a Silver Lining on the Horizon
Residential construction is the larger category for window sales in Western Europe, representing two thirds of the market volume. The sharp decline in new construction (-3.6 percent annually until 2023) can be partially offset by the more important business category: renovation, which holds a share of 69.1 percent, and will experience a smaller annual decrease of -1.9 percent. In France in particular, the share of this segment is expected to increase sharply in the next few years from 60.7 percent to 63.5 percent due to tax reliefs when replacing windows.

Wood-Aluminum Windows on the Rise
When it comes to frame materials, metal is the front runner with a turnover of 6.4 billion EUR, followed by PVC at around 4.9 billion EUR. The sales figures, however, tell a very different story.

PVC has been able to expand its dominant position for many years and now has a market share of 42.7 percent, while the sales share of metal as a frame material has declined since 2010, hitting 26.3 percent in 2020. This also applies to wooden windows. As a combination, however, wood and aluminium are in demand. While the wood-aluminium market share was 7.9 percent in 2010, it is set to reach 11.4 percent in 2020. 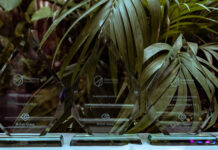 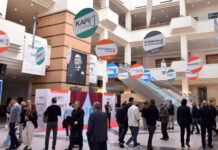 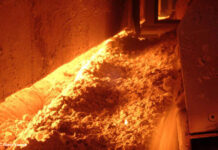 Verallia Italia and 32 Via dei Birrai adopt the Glass Hallmark