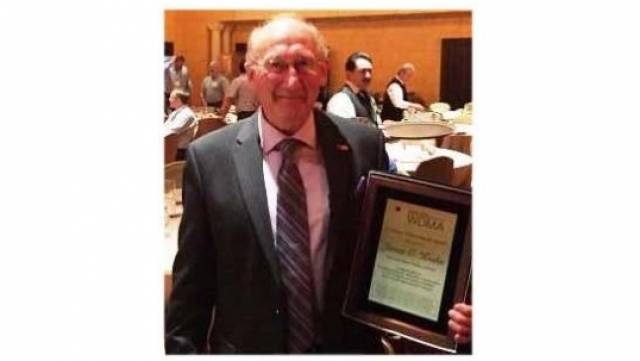 The award is given in recognition of those individuals who have devoted significant time, energy and effort toward creating and achieving the strategic initiatives of WDMA, and who are distinguished in their selflessness and vision for both WDMA and the industry as a whole.
The ceremony took place at the recent WDMA Technical and Manufacturing Conference in Chicago.
In presenting the award, Steve Tourek, senior vice president and general counsel for Marvin Windows and Doors and past WDMA chairman, praised Krahn, saying “Everyone knows Jim and the energy he has devoted to WDMA on behalf of Marvin Windows and also on behalf of the industry as a whole,” Tourek said. “It seems fitting that WDMA recognize Jim as the unique individual he is.”
“It is not often that WDMA gets the chance to recognize a volunteer with Jim’s enthusiasm and dedication for their contributions to the association,” said WDMA chairman Al Babiuk, CEO of Loewen Windows.
In accepting the award, Krahn urged WDMA to keep ahead of change, but not for change’s sake.
“Unless WDMA can accommodate change faster than those outside, we will ultimately fail,” he said.
Krahn retired from full-time work at Marvin last January, but continues to work on special projects for the company. 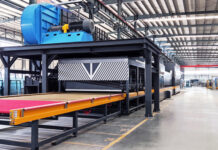