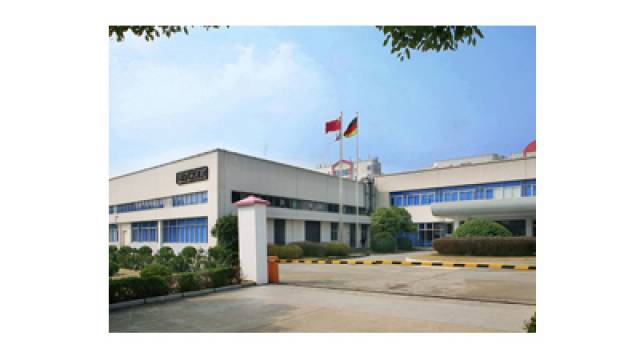 Wacker CEO Staudigl stresses the importance of China as a strategic growth market and rejects import duties on solar products; at EUR 1 billion, China represents about one-fifth of Group sales; new laboratories for R&D and applications technology strengthen Wacker’s position as a leading supplier of silicone and polymer products in China.

Wacker Chemie AG has officially opened its new company headquarters for the Greater China region (Mainland China and Taiwan) in Shanghai. With a large number of guests drawn from industry and administrative authorities in attendance, Rudolf Staudigl, president & CEO of the Munich-based chemical group, and Executive Board member Wilhelm Sittenthaler officially declared the headquarters open. The new Shanghai Center, which occupies some 10,000 square meters, features offices for marketing, sales and administrative functions along with numerous laboratories for R&D and applications technology. It also boasts the latest equipment for Wacker experts to adapt silicone and polymer products to the specific requirements of Chinese customers.
In launching the new research and testing laboratories in collaboration with its customers, the Munich-based chemical group is seeking to further expand its technology leadership in high-quality silicone and polymer products for the Chinese market.
During a press conference in Shanghai, CEO Staudigl stressed the strategic importance of China as a growth market for Wacker. “The Greater China region has evolved into our single most important market. China is the world’s largest chemical market. We expect Chinese demand for high-quality chemical products to keep rising in the years ahead.” Last year, Wacker’s roughly 900 employees in China and Taiwan generated sales of EUR 1.03 billion, or around one-fifth of the Group total.
Referring to the ongoing investigations in the US, Europe and China concerning the imposition of tariffs on solar products, Staudigl reaffirmed his opposition to trade barriers. “We were one of the first to speak out against any kind of protectionism because, in a trade war, there can only be losers,” he said. “Low prices are the reason why solar products have been successful on a global scale. Consequently, any money that has to be spent on punitive tariffs cannot go toward research and innovation. That would artificially raise the price of solar products and slow down the global shift toward renewable energy sources. Wacker will continue to do all it can to ensure that any contentious issues are resolved through negotiation, just as German Chancellor Angela Merkel said on a recent trip to Beijing.”
Having operated its own subsidiary in Greater China for 20 years now, Wacker has greatly expanded its activities in the region over recent years. Investments in China to date come to around EUR 400 million. This figure is set to exceed EUR 600 million in the next four years. Wacker has eight sales offices in the most important economic regions of China, as well as two technical centres and four production sites. Its Zhangjiagang and Nanjing sites produce silicones, dispersions and dispersible polymer powders. The plants there are the largest of their kind in China. To meet strong demand growth from customers, Wacker is currently doubling its dispersions production capacity in Nanjing to 120,000 metric tons per year. The additional capacity is primarily intended for paints, coatings and adhesives. Wacker is also building a new polyvinyl acetate (PVAc) plant there with an annual production capacity of 20,000 metric tons. Both plants are scheduled to come on stream next year.