Home NEWS Company news Vitro’s Board of Directors selected as one of the top ten in...
Facebook
Twitter
WhatsApp
Linkedin
Email
Print 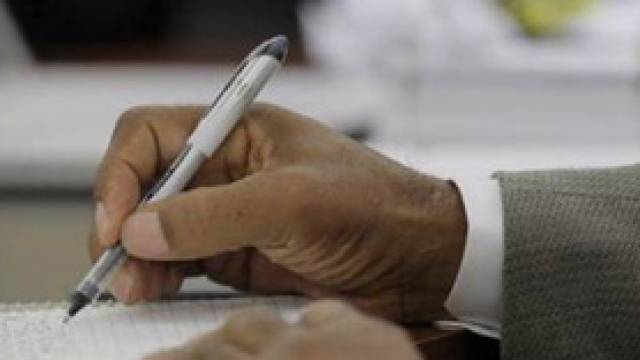 Vitro is among the top ten Boards of Directors of the 90 most important companies in Mexico. The cross section of companies included diverse sectors such as: food, beverage, telecommunications, mining, retail and manufacturing. The study also took into consideration the personal experience of the more than 800 directors to determine the ranking of the companies analyzed.

The Mundo Ejecutivo magazine presents the results of a thorough analysis on the Boards of Directors of the 90 most important companies in Mexico. Based on their performance, the monthly business publication selects the 20 governance bodies that bring together the best credentials and experience in the country. Vitro was among the top ten.
The cross section of companies included diverse sectors such as: food, beverage, telecommunications, mining, retail and manufacturing. The study also took into consideration the personal experience of more than 800 directors to determine the ranking of the companies analyzed.
“The results of the ranking are very satisfying as, in addition to being considered one of the ten in Mexico, our Board of Directors has the top position for the whole manufacturing sector,” declared Alejandro Sánchez Mújica, Executive VP Legal and General Counsel and Secretary of the Board of Directors at Vitro.
He added that the Board of Directors supervises the efficient administration of Vitro and is responsible for overseeing the adherence to all agreements reached in the shareholders meetings as well as conducting other oversight functions.
“Furthermore, the Board is supported by the functions of the Finance and Planning Committee, the Audit Committee and the Corporate Practices Committee. These last two are entirely comprised of independent directors who, according to the bylaws of the Mexican Stock Exchange, are selected for their experience, business ability and professional reputation taking into consideration that, due to the nature of their responsibilities they can perform their functions completely free of conflicts of interest and without being subject to personal, asset or economic interests,” he pointed out.
According to the Mexican Stock Exchange Bylaws, all public companies must have a Board of Directors whose main function is to oversee, together with the Chief Executive Officer, the administration of the corporations listed on the exchange. Through this process, strategies, policies and guidelines are established to carry out the governance, management and everyday business of the companies.
Nevertheless, such performance should not exclusive to public companies, as contemporary consumers demand that all organizations develop better corporate business practices and guarantee their efficiency, according to Mundo Ejecutivo.
Other Boards of Directors also included in the ranking were those of: Peñoles, Femsa, Telmex, Grupo Modelo, Grupo Carso, Bimbo and Grupo Financiero Banamex.
Vitro’s Board of Directors is chaired by Adrián Sada González and it includes other distinguished profiles from the Mexican business community such as: Guillermo Ortiz Martínez, Jaime Serra Puche, Mario Laborín Gómez, Ricardo Martín Bringas, Joaquín Vargas Guajardo and Álvaro Fernández Garza, to name a few; all of whom have broad and well known backgrounds in economic and business administration issues.
In the last few years Vitro has demonstrated its commitment and adherence to best ethical and governance business standards. In 2009 the Company was awarded by Cemefi (Spanish for Mexican Center for Philanthropy) for having one of the Best CSR Practices regarding institutionalism and transparency in its decision making processes.