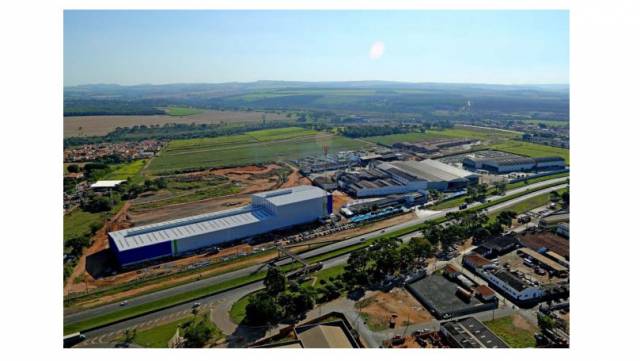 Vidroporto has started operation of its third furnace at its industrial complex in Porto Ferreira, São Paulo. With the activation of this third manufacturing line, the company expands its production capacity by 150%.

Vidroporto, one of the largest manufacturers of glass containers in the country, started the operations of its third furnace at its industrial complex in Porto Ferreira, São Paulo. The new manufacturing plant, which had an investment of EUR 60 million, had its production capacity increased by 150% and will provide greater competitiveness to the company, allowing it to raise its market share, from the current 7% to 16%.
According to Edson Rossi, CEO of the company, the installation of the third glass processing furnace is part of Vidroporto’s modernization project, which aims to consolidate its position among the top three industries specialized in the glass packaging sector. The company expects to more than double its revenues, which should reach BRR 350 million in 2015.
The newly installed system gathers the latest technologies for the production of glass containers for the food and beverage industries. This new production line consists of a raw material storage and mixing system, glass-melting furnace, packaging shaping machines, furnace for alleviating the tension of the product, inspection line and packaging selection. The equipment was imported from Germany, Sweden, Italy and the US.
Vidroporto’s new furnace has a production capacity of approximately 42 million bottles per month. To meet the production growth, the company hired 200 employees.
The new structure with the latest technology will provide to the company greater economies of scale in the purchase and sale of products and greater competitive power to fight for space in the segments that require a greater volume of glass, especially the beer segment.
The expansion project of the plant relied on the support of Investe São Paulo, the State Government investment promotion agency associated with the Department of Economic Development, Science, Technology and Innovation. “We intermediate the relationship between Vidroporto and public institutions, especially in terms of infrastructure and funding opportunities,” said the president of the Agency, Luciano Almeida.