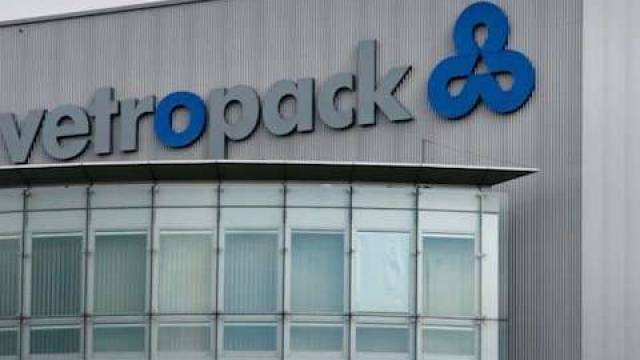 Vetropack has announced its 2015 financial figures.

The acquisition of a glassworks in Italy led to an increase in unit sales as well as in net sales from goods and services of 9 % (adjusted for currency effects) in the 2015 fiscal year. Exchange losses caused primarily by the strong Swiss franc resulted in lower reported revenues and profit, but cash flow remained at the same level as the previous year.
Vetropack acquired a glassworks in Trezzano sul Naviglio (now operating as Vetropack Italia S.r.l., based 10 kilometres west of Milan city centre) in the 2015 fiscal year, which meant it could significantly increase its market share in Italy.
Overall, Vetropack Group sold 4.64 billion units of glass packaging, 2% more than in the previous year (2014: 4.55 billion units). 162.2 million of these units were produced in Italy. Viewed as a whole, the domestic markets accounted for 55.7% of unit sales, while the export markets made up 44.3%. With these unit sales figures, Vetropack Group generated consolidated net sales from goods and services of CHF 557.0 million, which equates to a nominal decrease of 7.1%. This was largely due, in particular, to the abolition of the currency peg between the Swiss franc and the euro and the depreciation of the Ukrainian hryvnia, which caused a drop in net sales of 16.1%. However, when adjusted for currency effects, net sales increased to CHF 653.3 million. Excluding the acquisition in Italy, net sales after adjustment for currency effects came to CHF 622.8 million (2014, excluding Vetropack Italia S.r.l.: CHF 599.3 million).
Consolidated EBIT amounted to CHF 50.3 million. The one-off effects of the residual value write-offs and the adjustments to stocks of finished goods and spare parts had an impact on the previous year’s EBIT of CHF 49.1 million. The EBIT margin rose to 9.0% of net sales (2014: 8.2%).
Consolidated profit amounted to CHF 42.1 million (2014: CHF 49.2 million). At CHF 103.7 million, cash flow matched the high level recorded in the previous year (2014: CHF 107.2 million), while the cash flow margin increased to 18.6% (2014: 17.9%). The previous year’s high net liquidity of CHF 54.5 million enabled the Group to finance the acquisition of the Italian subsidiary entirely with its own funds. At the end of the reporting year, net liquidity still amounted to CHF 11.2 million.
Vetropack Group invested a total of CHF 65.0 million in 2015 (2014: CHF 74.3 million). The focus of these investments was on overhauling the two furnaces at the Austrian plant in Kremsmünster and at the Straža plant in Croatia. These scheduled repairs meant that production was temporarily interrupted. Production at Vetropack’s Ukrainian plant had to be reduced slightly in response to a drop in consumption. All other production capacity was fully utilised.
At the end of the reporting year, Vetropack Group employed 3,228 members of staff (31 December 2014: 2,985), 255 of whom were working at the Italian glassworks.
Vetropack Group includes subsidiaries in Switzerland, Austria, the Czech Republic, Slovakia, Croatia, Ukraine and Italy.
The Board of Directors will propose to the Annual General Assembly the payment of a gross dividend of CHF 38.50 (2014: CHF 38.50) per bearer share and of CHF 7.70 (2014: CHF 7.70) per registered share.
The Annual General Assembly of Vetropack Holding Ltd will take place at 11.15 a.m. on Wednesday, 11 May 2016 in Bülach.