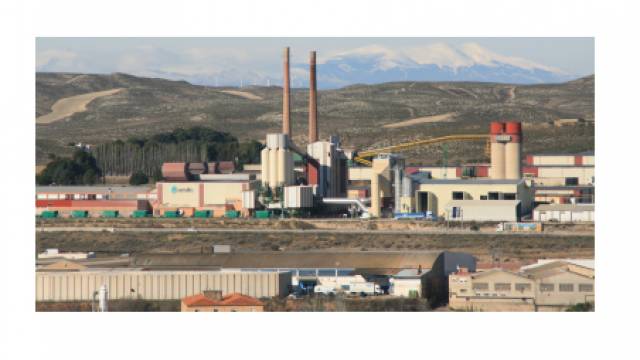 Verallia will be focusing on Spain in 2018

Verallia, third worldwide producer of glass packaging for food and beverages, will be focusing on Spain in 2018. Increased domestic and export demand, an upturn in end markets, and increased consumer awareness of the advantages of glass have combined to make Spain a strategic country for the Group.
Verallia’s planned investments in 2018 include chronologically: Zaragoza, where the facilities will be updated in the early months of the year; Azuqueca de Henares, with a new production line be added to its new facilities; and Burgos, where the furnace will be totally refurbished converting it into one of the largest in Europe.
The Zaragoza plant – where an investment of EUR 20 million is planned – is currently refurbishing its facilities. These improvements are designed to increase flexibility and capacity, and modernize both the furnace and the production lines.
At Azuqueca de Henares, where the plant was totally upgraded in 2017, the Group will invest EUR 5 million to add a new line in order to regain, by next spring, the plant’s previous production level with one furnace only instead of two furnaces.
At Sevilla, in the second half of 2018, the capacity of one production line will be increased.
The Group will also invest EUR 30 million at the Burgos plant to provide it with a latest-generation furnace and new machinery, so Verallia can keep up with the Spanish wine market’s growth. The new furnace’s production will be greater than at Azuqueca, as the company will have the largest furnace in Europe at its Burgos site.
Verallia is one of the world’s top three manufacturers of glass packaging for food and beverages, and proposes innovative, customized and environmentally friendly solutions. Verallia produced around 16 billion glass bottles and jars in 2016. Verallia has manufacturing operations in 13 countries, sales locations in 46 countries with 5 technical centres and 13 product development centres, and local customer relationships in all regions. In 2016, Verallia achieved net sales of EUR 2.4bn.