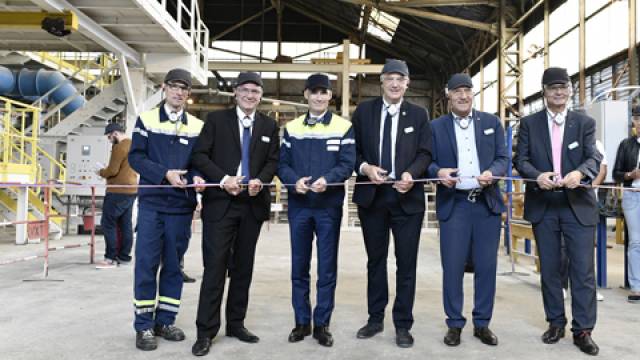 Company celebrates restart of plant’s furnace and construction of a fourth line.

Surrounded by several customers, Michel Giannuzzi, Verallia group chairman and CEO, celebrated the restart of the Vauxrot plant’s furnace and the construction of a fourth line. 28 million EUR has been invested to modernize the production equipment and increase the capacity of the site.

With this investment, Verallia continues to roll-out its operating excellence strategy and support a dynamic French and European market. The plant’s furnace has been totally rebuilt and extended to supply a fourth production line. The site can now make up to 700,000 bottles a day for the wines and spirits market, and for the beer segment, supporting in particular the boom in micro-breweries. With Saint-Romain-le-Puy (Loire), Vauxrot is one of just two group plants in France to produce yellow and dark amber bottles.

During the event Michel Giannuzzi, Verallia chairman and CEO, declared, “This investment is a sign of our commitment to our customers in terms of quality and flexibility. It will allow us to meet the vitality of the markets and their high-end repositioning with a rising demand for a differentiated offer.”

Equipped with the best available “end-port regenerative” technology, the new furnace meets the most stringent energy consumption and air emission norms and standards. It can now run on gas, contrary to the previous 100 percent fuel installation. An exemplary contributor to the circular economy, Vauxrot recycles significant quantities of cullet processed by Verallia’s subsidiary, Everglass, in Rozet-Saint-Albin, around thirty kilometres from the site.

The Vauxrot plant is Verallia’s historical glass factory, built back in 1827. Located in the villages of Soissons, Cuffies and Crouy, it has 150 employees who, thanks to the new installations, now have better working conditions: soundproofing in the hot-end cabin, access footbridges on the furnace for hot interventions and widespread use of hoists on the machines to reduce load-carrying.

Around one hundred people attended the event: customers – including La Maison Cointreau, a long-standing partner of the plant – suppliers having worked on the construction project and representatives from the local communities and from Verallia’s two shareholders – Apollo and Bpifrance.