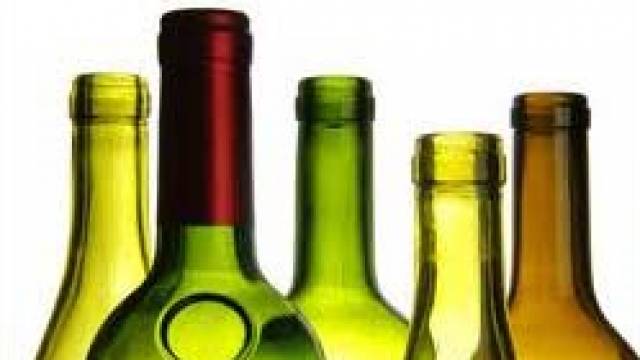 At the 2013 edition of the Product of the Year Survey, more than 5,000 buyers of foodstuffs between the ages of 18 and 65 were asked which new products they preferred. Verallia Deutschland was particularly successful in the “sparkling wine and wine” sector with a total of three medals, as well as producing packages for “Products of the Year 2013” in the beer sector.

Verallia Deutschland gained gold, silver and bronze with a whole series of innovations during the selection as “Product of the Year 2013” by the trade journal LEBENSMITTEL PRAXIS. The awards are determined by means of a representative online survey conducted by the market research institute Innofact AG in Düsseldorf.
More than 5,000 buyers of foodstuffs between the ages of 18 and 65 are annually asked which new products they want to choose as “Products of the Year”. Only offers which were newly brought onto the market between September 2011 and August 2012 are allowed in this connection. The awards are conferred in various categories. Verallia Deutschland was particularly successful in the “sparkling wine and wine” sector with a total of three medals, as well as producing packages for “Products of the Year 2013” in the beer sector.
Fürst von Metternich Chardonnay: the product from Henkell & Co. Sektkellerei garnered the gold medal as “Product of the Year” in the sparkling wine and wine sector. The Chardonnay supplements the previous premium range of Fürst von Metternich Riesling and Spätburgunder sparkling wines. The new variation is also offered in the classic design. The white glass bottle is specifically intended to appeal to a younger target group. Just like with the other variations, the innovation involves a single-variety sparkling wine.
The “Carl Zuckmayer” line from Moselland: the edition of eleven classic grape varieties from the Rheinhessen region was awarded a silver medal. Every bottle is furnished with the following dedication: “Carl Zuckmayer, writer and son of Rheinhessen, adored the wine of his homeland.” This commemorates the author who achieved a literary breakthrough in 1925 with his comedy “The Happy Vineyard”. Moselland Winzergenossenschaft (winegrowing cooperative) uses the playwright’s name in order to give a distinctive name to a selection of varietal wines from Rheinhessen, the largest German winegrowing area. The series was introduced for the first time at the ProWein 2012 trade fair in Düsseldorf. Among other things, “Carl Zuckmayer” wines are available as Dornfelder (dry/medium-dry/semi-sweet), Spätburgunder (dry/semi-sweet) and semi-sweet Spätburgunder Rosé.
MM Extra Rosé Trocken from Rotkäppchen-Mumm: this dry rosé innovation garnered a bronze medal in the sparkling wine sector. The combination of the youthful impression of MM Extra with the uninterrupted rosé trend was apparently well-received by consumers. The brand was ranked among the top 3 this year. MM Extra Rosé Trocken was brought onto the market with a national poster campaign and Internet activities as well as tasting and sampling measures. The new rosé sparkling wine is not only sold in the classic 0.75-litre bottle in the German trade sector, but also as a variation in small 0.2-litre bottles, so-called “MMchen”.
Paulaner Weißbier-Zitrone Alkoholfrei (alcohol-free lemon flavoured wheat beer) was awarded a bronze medal in the beer sector. The beverage innovation in the brown glass bottle from Verallia Deutschland is the first wheat beer mixed beverage on the market. It is sold under the name “Wei-Zi”.