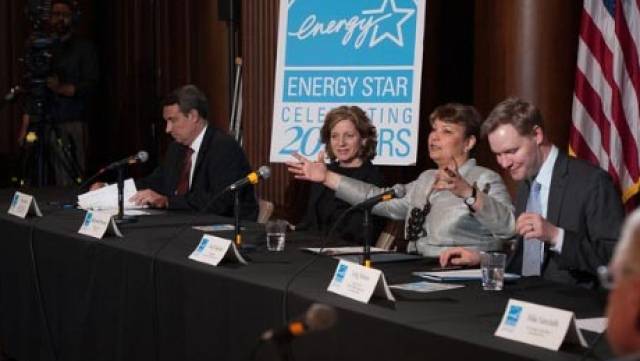 The Sustained Excellence Award, which recognizes consistent efforts to use energy efficiently in facility operations and to integrate superior energy management into overall organizational strategy, has been awarded to Verallia North America, a subsidiary of Saint-Gobain, for the second consecutive year.

Verallia North America, a subsidiary of Saint-Gobain and a leading manufacturer of glass containers in the US, has received the Energy Star® Sustained Excellence Award for the second consecutive year.
Overall, this is the fourth consecutive year that Verallia and Saint-Gobain’s other North American businesses have been recognized by the US Environmental Protection Agency (EPA) with an Energy Star Award. In fact, Saint-Gobain and its subsidiaries were awarded the Energy Star Partner of the Year Award in 2009 and 2010, and attained the prestigious level of Sustained Excellence in 2011 and 2012. Verallia continues to be the only manufacturer of glass containers to be honoured by the EPA.
The Sustained Excellence Award recognizes consistent efforts to use energy efficiently in facility operations and to integrate superior energy management into overall organizational strategy. Award winners are selected from organizations that participate in the Energy Star programme.
Since 2008, Saint-Gobain has improved energy intensity (the amount of energy used to produce a unit of product) by 11.9%. In 2011, the company’s subsidiaries in North America, including Verallia, were able to reduce their energy intensity by 3.6% – equivalent to the amount of energy needed to make approximately 836 million typical glass containers. In addition, the energy savings achieved equate to avoiding more than 116,063 tons of carbon dioxide emissions in 2011.
As part of its overall business strategy, Verallia has established various environmental objectives for its business, including the reduction of carbon dioxide and other air emissions, water consumption and waste. A vital element in helping achieve these objectives is the need to increase the availability of recycled glass, called cullet, which, when used in the manufacturing process reduces energy usage, saves raw materials, and results in further decreased emissions. Verallia is working with its suppliers and government officials to identify ways to increase cullet availability.