Verallia created the glass bottle for the HORECA sector of Molecola

Verallia, the world’s third biggest producer of glass bottles and jars for food & beverages took part in a conference at Fico Eataly World (Fabbrica Italiana Contadina), the world’s largest agri-food park, to present Molecola 90-60-90. This is the brand new glass bottle for the hotel, restaurant and catering sector (HORECA) of the first ever 100% Italian cola.

Verallia took the floor at the Fico conference to give a presentation on ‘Molecola: A Truly Italian Cola – From Dream to Reality.’ The main message was that the project ‘was like creating a ball gown for a beautiful woman, except for the fact that the dress was made entirely of glass.’ The event was promoted by Francesco Bianco, the visionary entrepreneur who has made the first ever 100%-Italian cola beverage. He aims to rally together all the stakeholders of the 100% Made in Italy sector in the new local agribusiness hub.
Creating the glass bottle for the HORECA sector of Molecola could seem like a rather standard task for a company that has long represented excellency in forming glass to adapt it to the identity of a product. The goal was to adapt a creative idea to the characteristics of glass and its production processes, closely reproducing the shape and distinctive features of the product in glass.
However, the real mission assigned to Verallia with the Molecola 90-60-90 project was to translate and apply a design concept to glass to create a new icon for Italy. This was done by emphasising the elegance of the bottle, through its sinuous shape, modelled on the curves of Italian cinema’s 1950s divas. (The bottle is even named after the measurements of these post-war divas – Molecola 90-60-90). Not only this, but the bottle is also made of unique textured glass, developed to highlight the “tailored” architecture of the product. The bottle could almost be a female body draped in a made-to-measure dress.
In this way, creating an accurate bottle shape while adapting it for production was challenging. However, the passion, know-how and attitude of the Verallia team for finding new solutions that combined experimental approaches and different technologies made the difference, and the target was reached.
Luigi Rivaroli, Process and Development Engineer at Verallia Italia remembers how “to begin with, we worked on the project in the standard way, adapting moulds and the details from the graphic designer to production requirements. The biggest hurdle was to texture the glass. The solution we came up with required many hours of work, mock-ups, brainstorming, and tailored techniques which required all the skills of specialised mould creators. Despite the extreme complexity of what we created, this texture has become one of the most distinctive parts of the bottle.”
The commitment, experience and excellent know-how of Verallia when it comes to forming glass in a way which emphasises the value of a product turned out, therefore, to be crucial to bringing added value to the Molecola project.
Laura Miotto, Head of Marketing and International Clients at Verallia Italia stated that “we are proud to have been able to contribute to the bold and innovative Italian project that is Molecola. We have been innovating both technologically and in terms of design for many years, which paves the way to promote glass as the most beautiful, safe and sustainable packaging for food and beverages. We have fostered the creation of new professionals in the sector with initiatives like the Verallia Design Awards – an international competition dedicated to young aspiring designers who are called forward to showcase their talent by creating and designing new glass containers.”
In Italy, Verallia’s production facility includes six plants concentrated in the north of the country. Still and sparkling wines account for the bulk of Verallia Italia’s sales. In particular, it works closely with its customers in developing their exports, for example the prosecco market. In Italy, Verallia is also active on the beer, spirits, food and non-alcoholic beverages segments. 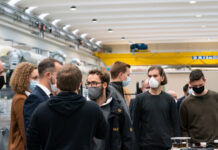 Inside 2021: open doors at Biesse, Intermac and Diamut 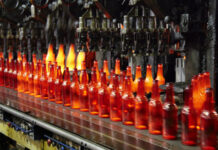 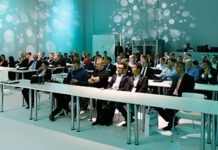 Inside 2021: open doors at Biesse, Intermac and Diamut

British Glass: update on the ongoing energy and gas crisis