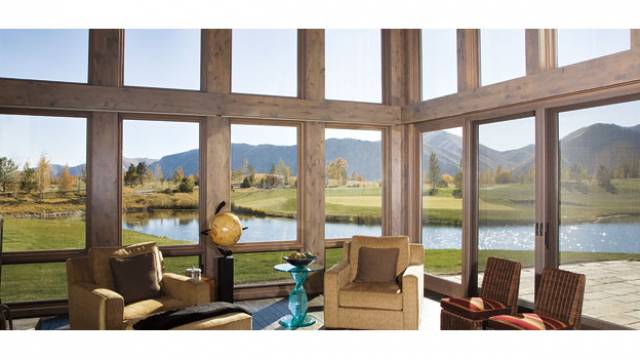 The US state of North Carolina has put into effect an emergency building code rule regarding low-E glass. According to AAMA’s recently released US Industry Market Studies, 81% of conventional residential windows in the US utilize low-E glass.

An emergency building code rule that was adopted in North Carolina in June regarding low-E glass was put into effect this month.
The US state’s residential building code previously required the use of low-E windows for their energy-efficiency benefits, but an emergency rule the North Carolina Building Code Council recently adopted now allows builders to use non-low-E glass in situations where they deem necessary.
“We now have information that reflective energy from some low-E windows can cause damage to property and may have the potential to create a fire hazard,” the official code document reads. “… Citizens of North Carolina, as well as other states, have been plagued by documented cases of intense reflective energy from low-E windows causing damage to vinyl siding on homes and plastic parts of automobiles.”
The council also cites “four documented cases of fires being caused by similar reflective energy involving Four Seasons and Cardinal IG Co.”
“In these four cases, the Consumer Products Safety Commission, in cooperation with the manufacturer, issued a voluntary recall,” the document reads. “Given the prevalence of this problem and concern that intense reflective energy may have the potential to create a fire hazard, the [council] seeks to remove the mandatory requirement for low-E glass from the North Carolina Residential Code until a solution can be found to eliminate this potential hazard.”
Representatives of the glass industry have argued in the past that the sometimes high concentration of sunlight on low-E windows that has resulted in these kinds of issues has more to do with building design and site characteristics than the glass itself. And in the wake of the council’s decision, the industry appears poised to make a move on the issue.
Bill Yanek, executive vice president of the Glass Association of North America (GANA), says GANA is in discussion with other industry groups, such as the American Architectural Manufactures Association (AAMA), Insulating Glass Manufacturers Alliance and the Window and Door Manufacturers Association, “on a response” to the ruling.
“This North Carolina issue is serious, as it will likely have impacts in other states,” Yanek says. “The use of low-E glass is critical to energy efficient construction and any decision that CPSC makes, impacting its use, is enormously important to GANA.”
According to AAMA’s recently released US Industry Market Studies, 81% of conventional residential windows in the US utilize low-E glass.