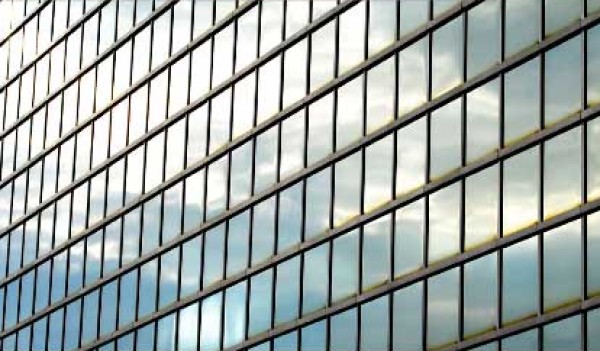 The US glazing industry is expected to be pleased by the new 2012 International Green Construction Code (IgCC), the first national green code, which strongly promotes performance-based design and daylighting, which pushes energy-efficient products.

The new 2012 International Green Construction Code (IgCC), the first national green code, should, says Thomas D. Culp, president of Birch Point Consulting LLC in La Crosse, Wisconsin, please the US glazing industry.
“The fenestration industry often gets slighted when people only look at one aspect, like U-factor, while ignoring everything else glazing does for a high-performance building, but as green standards, both the IgCC and ASHRAE 189.1 look more broadly,” he says. “The IgCC strongly promotes performance-based design and daylighting, which pushes energy-efficient products, while at the same time allowing flexibility and views that architects want.”
The provisions in the new 2012 IgCC were completed during the Final Action Hearing on 31 October 2011, and will be available spring 2012.
Moreover, the solar industry should also benefit. “At least 2% of the total estimated annual energy use of buildings constructed pursuant to the IgCC must come from on-site renewable energy sources, which are primarily either PV or wind energy,” says Thom Zaremba, partner at Roetzel & Andress in Toledo, Ohio. “The primary exception to this is where at least 4% of the total annual building energy consumption from renewable generation takes the form of a 10-year commitment for the purchase of renewable energy credits (RECS). Since glass is a critical component of most on-site PV systems and large scale, off-site production of PV electrical energy promoted by RECs, these requirements should go a long way to ensuring the continued growth in markets for both on-site PV systems and the use of PV in the large scale production of commercial electrical energy systems that use PV.”
The code also presents challenges, however. Julie Ruth, code consultant for the American Architectural Manufacturers Association in Schaumburg, Illinois, agrees that the 2012 IgCC will be good for the industry, but stresses that it is 10% more stringent than the 2012 International Energy Conservation Code. “The 2012 IECC is already difficult for some manufacturers to meet,” she says. “So, for example, in Chicago where I live, which is Climate Zone 5, the specified U-factor for fixed windows would be 0.34 and for operable windows would be 0.40, regardless of framing material used. In the southern climate zones, SHGC lower than 0.23 would be specified.”
Jeff Inks, vice president of Code & Regulatory Affairs at Window & Door Manufacturers Association in Washington, D.C., agrees. “The minimum building envelope performance requirements set by the IgCC under each of the compliance path options are very aggressive and will … almost certainly mean higher manufacturing costs, and therefore, more expensive products in many cases,” he says.
“In the fragile economy in which we are all now forced to do business, anything that may increase cost is viewed with a strong sense of fear,” Ms. Ruth says. “Why would a jurisdiction put in place requirements that might make it more expensive to build in their jurisdiction and raise the risk of losing much needed new tax dollars from a business who may otherwise choose to build in another jurisdiction?”
The code also allows the use of ASHRAE 189.1 as a compliance option, which has a different set of fenestration requirements that are in most cases less stringent than the IgCC, Inks says. “So the industry will need to be prepared to provide products compliant with each depending on which is selected,” he says.
Consequently, “I think we will see some adoption and implementation of this new code over the course of the next year or so, but I don’t think it is going to become the ‘new standard for construction in the US’ for a long time,” Ruth says.
Culp says, “My hunch is that IgCC and ASHRAE 189.1 may be adopted fairly widely but only on a voluntary basis, e.g. as a ‘stretch’ code. However, I do expect some proactive locations will adopt these for required use on publicly funded buildings. For example, the Army is already using ASHRAE 189.1.”