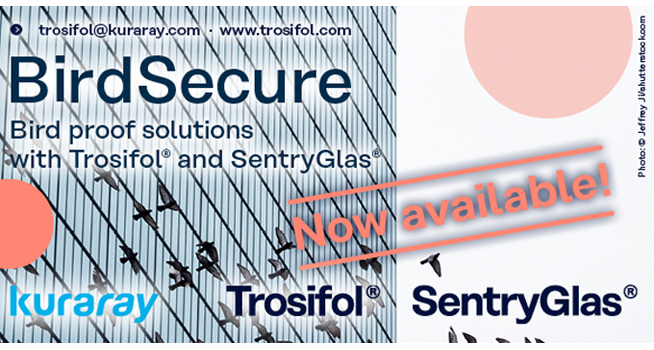 The new products have been fully tested to American Bird Conservancy standards and can be used on their own or with solar-control coatings. And, although highly effective against bird strikes, the dot pattern is not discernible to humans from a distance of over 2 metres, so views will not be hindered or obstructed.

Developed as an alternative to screen-printed glass, BirdSecure will not only offer faster delivery times, but the use of an interlayer means that thinner glass combinations can be used.