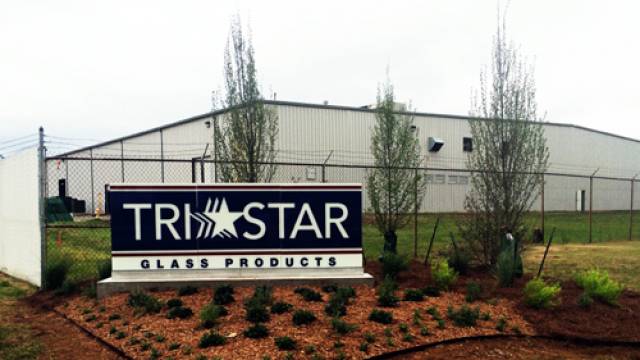 Officials from Tulsa-based Tristar Glass Inc. announced plans to open a new facility in Houston. The plant is scheduled to begin operations in the first quarter of 2015.
The new facility will feature the new Glaston FC500 furnace with a bed load size of 130 inches by 240 inches. According to company officials, the furnace will be the largest of its kind in the United States, and will feature state-of-the-art convection technology to meet the most stringent quality demands for the architectural commercial markets.
Additionally, the new facility will be equipped with an automated jumbo cutting system, an automated vertical insulating glass system, and other art glass fabrication equipment.
The Tristar Houston plant will be the third addition to the company’s fabrication center portfolio. It follows the recent expansion into Texas with the 2012 opening of Tristar’s plant in Grand Prairie, Texas.