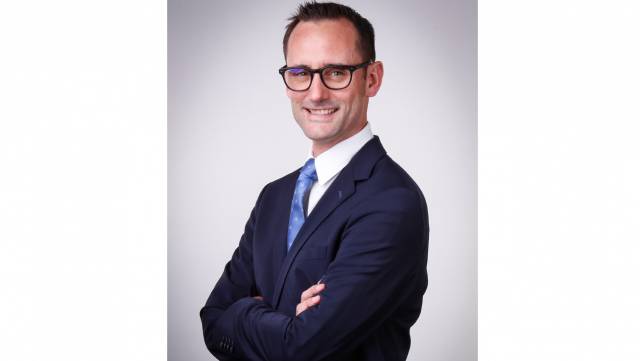 Etienne Gruyez, the current general manager of Stoelzle Masnieres Parfumerie, has been promoted to the position of Chief Executive Officer in charge of the Perfumery and Cosmetics Business Unit.

Stoelzle Masnieres Parfumerie SAS has announced the promotion of its current general manager, Etienne Gruyez, to the position of Chief Executive Officer in charge of the Perfumery and Cosmetics Business Unit. Gruyez will oversee the upcoming innovation and growth phase of the Hauts de France site, Stoelzle Masnières Parfumerie SAS and Stoelzle Masnières Décoration SAS.
Since the transfer of the company’s ownership in 2015, Stoelzle Masnieres has focused on the quality of its service, including strict adherence to delivery deadlines as well as reduced development time for new products, allowing it to get new ideas to market faster than ever. Today, thanks to its ever-closer integration as part of the Stölzle Glass Group, Stoelzle Masnieres is able to meet any and all of its clients’ desires.
In 2017, Stoelzle Masnieres launched a totally integrated product development process, assisted by 3D printing and with reliable production equipment and quality management. As a result, it can now present new products to its clients in less than four weeks. This new process will allow the company to innovate rapidly in terms of design and decoration to offer its clients more innovative, less polluting glass products.
The next challenge for the new CEO and his team will be to boost the company’s competitive capacity and profitability. An effort to Develop Client Excellence through its new services aims to make Stoelzle Masnieres a world leader in the production of bottles for the luxury perfumery sector.
As part of its development dynamic, Stoelzle Masnieres has joined the Cosmetic Valley competitiveness cluster, which recently decided to extend its geographic coverage. Becoming a member was a natural step forward, allowing the company to share its know-how while helping build the recognition and influence of the glass industry.
Backed by the dedication of its personnel and partners, Stoelzle Masnieres is celebrating its 200th anniversary this year, with great pride in what it has accomplished, and real determination to continue playing a key role in the group’s on-going growth.
Share
Facebook
Twitter
WhatsApp
Linkedin
Email
Print
Telegram
Copy URL
Share
Facebook
Twitter
WhatsApp
Linkedin
Email
Print
Telegram
Copy URL