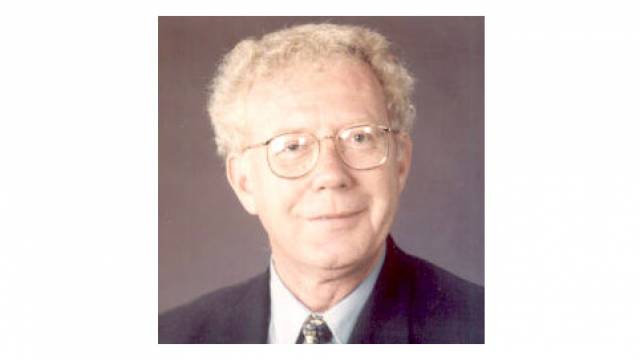 The 2013 Toledo Glass & Ceramic Award recipient is Larry Hench, in recognition of his outstanding service and leadership in promoting glass as a remarkable material, and for his significant contributions to glass-ceramic technology and education.

The American Ceramic Society has announced that the recipient of the 2013 Toledo Glass & Ceramic Award is Larry Hench. The award will be handed to Hench on Thursday, 18 April 2013, at The Toledo Club in downtown Toledo, Ohio, during a social hour starting at 6:00 p.m. followed by dinner and the award ceremony.
Hench, who has long been associated with innovations in biomedical ceramic and glass applications, has several connections to the Toledo and Ohio area. He graduated from the Ohio State University and did summer work in Toledo at Owens-Illinois, a move that helped spur his career in glass and provided the basis of his later glass–ceramic research.
Hench conducted research and taught at the University of Florida for 32 years. After his retirement, he accepted the chair of Ceramic Materials at the Imperial College London, where he cofounded and codirected the Tissue Engineering and Regenerative Medicine Centre for 10 years. He retired from Imperial College in 2005 and was honoured with the title of Emeritus Professor of Ceramic Materials.
According to the Michigan/NW Ohio Section group, Hench is receiving the award in recognition of his outstanding service and leadership in promoting glass as a remarkable material, and for his significant contributions to glass-ceramic technology and education. Bioglass – the result of his work – was the first man-made material to bond to living tissue and is the foundation for the second generation of biomaterials, bioactive glasses, and ceramics. Bioglass is now used worldwide for repair of bones and teeth and is even the active ingredient in a new best-selling toothpaste in the UK.