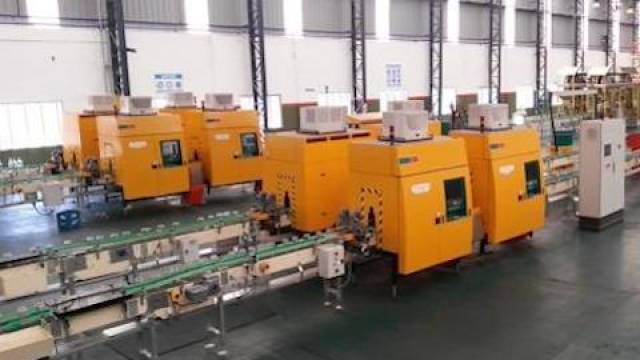 2015 saw South-Korean small glass industry awaking and upgrading a large number of its old inspection equipment to the most advanced technology from TIAMA. A total of 7 new generation inspection machines, MCAL4 (for sidewall & dimensional control), MULTI4 (finish & base), MX4 (carousel machine) equipped with ATLAS (non-contact check detection), and ARGOS (Non-contact on line check detection in the finish) have been implemented last year in South-Korea showing very strong appreciation from a market highly focusing on Quality for its pharmaceutical and food industry.
Taiwan, a very competitive market oriented toward export to APEC countries, has also been evolving during the last 3-4 years to become one of the most advanced in Asia. Today, it represents the second market in the region after mainland China to use the TIAMA’s new generation of inspection machines, already more than 20 units of the new generation MCAL4/MULTI4/MX4 with ATLAS are in operation in Taiwan. TIAMA advanced check detection ATLAS system is already well appreciated with the 7th ATLAS unit put into operation by the end of 2015.
Nevertheless China, the biggest glass market in the region is the most demanding in technology for its high level industry. Already ordered for beginning of 2016, TIAMA will deliver more than 14 inspection machines, MCAL4, MULTI4 and MX4 equipped with ATLAS. By the first semester of 2016, TIAMA will have more than 31 ATLAS systems in operation throughout China, Taiwan and South Korea, the most progressive countries in the Asian region.
For more information, visit www.tiama.com