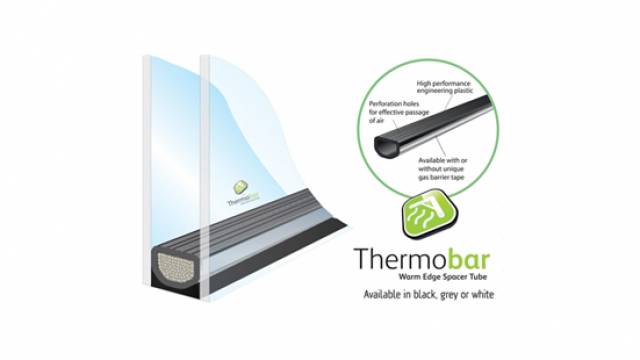 The UK’s leading manufacturer and distributor of two of the Industry’s highest performance warm edge spacers, Thermoseal Group, is due to showcase its Thermobar and Thermoflex spacer systems on Booth D23 in Pavillion 7 at the Vitrum Exhibition, in Milan, northern Italy, 3.6 October 2017.
The Vitrum Exhibition is a leading international glass manufacturing trade event in Italy which presents cutting edge techniques and technologies in the glass and glazing industry. As a supplier of two of the highest performance warm edge spacers in the worldwide market, Thermoseal Group will present its flagship brands with its unique orange and green Thermobar and Thermoflex branding to stand out amongst the crowd.
Thermoseal Group’s Sales Director Mark Hickox, tells us: “The Vitrum exhibition is a great place for us to work in support of our dedicated Italian distributors CIV Systems. At the last show we received a multitude of enquiries from a range of interested distributors and insulated glass sealed unit manufacturers from various countries across Europe and even some from South America and Asia.
“The devaluation of the Sterling following the post-Brexit vote makes our products more favourable for export customers and with trials of both Thermobar and Thermoflex on the majority of leading automated machinery being a success, we are set to supply products to meet most manufacturing requirements.