Attendance at the symposium has grown steadily over the years, making it the most significant refractories annual gathering for the refractories community in North America. This year, attendees came from all regions of the United States and 11 foreign countries: Australia, Brazil, Canada, France, Germany, India, Ireland, Mexico, Peru, Poland and Turkey.

The symposium began with brief tributes to two industry luminaries who died in 2018 – Richard “Dick” Bradt and Dennis Hageman, Sr.

To honour and recognize Bradt and the magnitude of his impact on the industry, next year’s symposium (in St. Louis, March 25 to 26, 2020) theme is “Structure and properties of ceramics.”

This year’s theme was “Shaped refractories,” which means there was something interesting and useful for everyone at this meeting. Beau Billet (Edward Orton Jr. Ceramic Foundation) and Dawn Hill (Xertech Specialties, LLC) organized the symposium. Patty Smith, St. Louis Section treasurer, handled all the logistics and on-site organizing that kept the symposium running smoothly.

Networking was a hallmark of the event, with coffee breaks, meals, and a reception with exhibit. Not surprisingly, bringing 234 people together generates a lot of conversations. Check out what happened in the Flickr photo album.

While all the talks were excellent, three particularly captured the public’s attention.

Dana Goski, vice president of research at Allied Mineral Products and ACerS president-elect, gave the St. Louis Section Theodore Planje Award lecture. Her talk tied together her personal interests in DNA research, her professional interests in refractories, and emerging opportunities for artificial intelligence (AI) in materials science. Goski noted that anyone can have their DNA mapped, and it can be used to predict illness or to design drugs customized to individual genetics.

She also posited that some of these AI concepts can be applied to refractories. Many factors contribute to the “ancestry and genetic history” of refractories, including grain shape, crushing system, colour, density, impurities, friability, crystal structure and furnace type. With so many factors in play, she says, “We can’t see a pattern if it isn’t all in one place, which means we need a tool to look for patterns.” AI tools, she says, are “reinventing the way we invent. AI is changing the way we search for new materials.”

Kelly Wilkerson, assistant teaching professor at Missouri University of Science and Technology, gave an unusual but interesting talk on the history of the refractories industry in Missouri. Because of its iron ore deposits and network of tributaries to generate hydropower, an iron making industry bloomed in the 19th century. Missouri was also blessed with rich clay deposits and, when sandstone hearths began to collapse, the ironworks rebuilt the hearths with fire-clay brick and gave birth to Missouri’s refractories industry. Wilkerson picked her way through a maze of old refractory companies, mergers, name changes, and closures, eventually revealing the still-active refractories industry Missouri enjoys today.

The symposium finished strong. The final talk was an exercise in classic ceramic engineering applied to modern manufacturing problems. Keith DeCarlo of Blasch Precision Ceramics presented his work on solving slip casting of magnesium oxide shapes. Because magnesia is highly reactive in aqueous suspensions, DeCarlo turned to classic ceramic engineering principles to evaluate non-aqueous suspension media or pH-controlled aqueous medium. In his talk there were Hamaker constants, dielectric dispersion curves, X-ray diffraction spectra and images of slip cast failures and successes. Ultimately, DeCarlo showed that aqueous slip casting of MgO is possible when the water pH is high and stabilized with a polyelectrolyte. 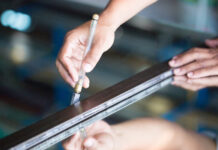 GfE: how to boost recovery in Europe’s flat glass sector 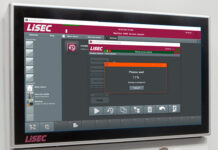 How to avert high risks with the LiSEC backup tool

GfE: how to boost recovery in Europe’s flat glass sector

How to avert high risks with the LiSEC backup tool