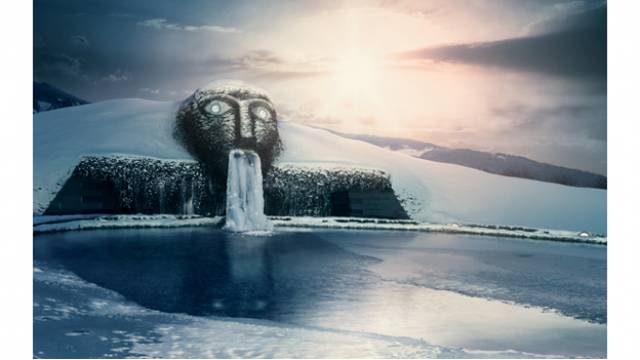 Swarovski Crystal Worlds – one of the most visited sights in Austria – will be expanded and resplendent in the sparkle of countless new facets in a continuation of the celebrations for the 120 years of Swarovski.

On the 120-year anniversary of Swarovski in 2015, Swarovski Crystal Worlds – one of the most visited sights in Austria – will be expanded and resplendent in the sparkle of countless new facets. The Giant in Wattens is becoming even bigger and more attractive, and in the future, will continue the magic of its interior in its exterior as well. The grand expansion of the park landscape – the garden – includes the building of new structures, such as the Foyer, restaurant, and an extensive play area, as well as the revitalization of the interior, including a redesign of the shop.
An eventful year for d. swarovski tourism services gmbh is also coming to an end. To name just a few highlights from 2014: the extraordinary restaging of the exhibition spaces at Swarovski Innsbruck and Swarovski Wien by Greco-Austrian designer Marios Schwab entitled “Chiarascura”, the 11th “Music in the Giant” Chamber Music Festival, welcoming the twelve-millionth visitor to Swarovski Crystal Worlds on 17 June 2014, and finally, the “Finale in the Giant” featuring numerous program items – from creative workshops and shopping specials to the third annual fmRiese – Forward Music Festival.