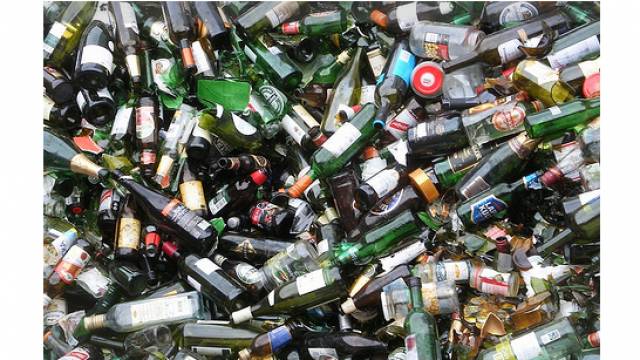 Glass beneficiation company Strategic Materials has closed its operations due to the closure of Ardagh Group at Milford, Mass., in spring this year.

Strategic Materials shut down its Franklin, Mass. facility last month, a development caused by the closure of a massive bottle manufacturer nearby.
Ardagh Group in January announced it would be closing its Milford, Mass. glass bottle manufacturing facility during the spring. The packaging company cited “the continued decline in demand from the mass beer market in the United States” in its decision to shut down the plant. The closure was effective 31 March.
The development immediately placed the nearby Strategic glass beneficiation operation in jeopardy. The facility removed contamination from glass streams and sorted the material by colour, creating a cullet product for end users.
“That facility was built specifically to meet the needs of their plant,” said Laura Hennemann, vice president of marketing and communications at Strategic Materials.
She noted that specific Ardagh facility and its relationship with the Strategic plant was relatively unique. “That’s a bit of a one-off for us,” Hennemann said.
On top of its status as the sole customer for the Franklin plant, the Ardagh facility had a substantial appetite for recycled glass. Most bottle manufacturers that use recycled content incorporate 20-30% into their products. But Ardagh was averaging recycled cullet usage of 75-95%, Hennemann said.
In the glass container industry, Ardagh is “easily the largest user of cullet in their manufacturing process,” she said.
Strategic’s Franklin plant had an annual capacity of more than 100,000 tons, and it sourced material from recycling programs all over the region. Strategic had been searching for alternative markets. Hennemann said the company does not want to send its material for alternative daily cover in a landfill, instead preferring higher-value end uses.
The plant officially closed 22 June.
There is still glass at the facility, and the company is working to move the remaining material to its other locations.
The Massachusetts facility was receiving both MRF and container deposit program glass, and with its closure, Strategic has stopped accepting almost all MRF glass in the area. The company’s South Windsor, Conn. facility stopped accepting MRF-generated glass a couple years back but is still accepting glass sourced from deposit programs.
“We are hoping to find more outlets for the MRF glass in the region – outlets locally or in other regions,” Hennemann said. “We don’t want glass to be removed from curbside programs.”
The glass container industry is currently facing a number of market pressures. Sales in the overall U.S. beer industry have also declined in recent years. In addition, aluminium prices have been relatively low, possibly making the metal a more attractive options for some brands. However, with recently implemented tariffs covering aluminium, the beer industry has expressed concern that can prices will rise for that material.
Beyond the closure of its Massachusetts facility, Ardagh signaled that the current market is leading the company to make changes in other parts of its business. The company will “pursue growth opportunities in stronger performing end markets, including wine, spirits and food.”
“This will entail the conversion of some mass beer capacity to serve these alternative end markets,” Ardagh wrote.
Hennemann said Strategic is optimistic about the future of the glass market, despite the current challenges. Non-container segments of the market, such as fiberglass, remain strong. And on the container side, the company sees positive movement in some areas. For example, in California, state law requires glass bottles to have a minimum level of recycled content, and Hennemann said Strategic is hoping that concept will take off in additional states.
In the meantime, she said the critical task is to continue educating MRF operators and local programs about producing a clean glass stream. A number of recent initiatives have studied the current glass recycling challenges and offered tips on how to improve glass recovery, rather than remove the material from curbside programs. 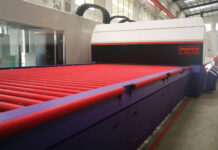