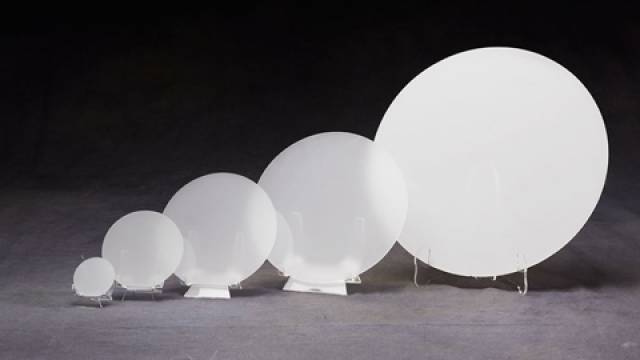 Despite speculation in the weeks leading up to Tuesday’s unveiling of the iPhone 6, neither the iPhone 6 nor the iPhone 6 Plus will be using sapphire glass. Rumors had arisen that some models would have the extra protection after Apple partnered with GT Advanced Technologies, a mineral crystal specialist, to make sapphire materials for its devices. Apple said sapphire glass would be used on its first smartwatch. It also continues to use the durable material to cover the iPhone’s camera lens and home button, but gave no hints as to if, or when, the glass would be used on iPhone screens.
But while Apple has not yet committed to a sapphire glass cover on their phones, China’s Huawei Technologies last week became the first major handset maker to announce the use of sapphire screen covers, saying it would release a limited edition version of its high-end phone with such protection. Another Chinese company, Xiaomi, has ordered sapphire covers for a limited edition premium smartphone, according to a recent report by South Korea’s Electronic Times. Xiaomi declined to comment. JP Morgan expects the adoption of sapphire faceplates for smartphones to rise, albeit from a very low base.
Some Asian handset makers have been talking with the world’s two biggest suppliers of raw sapphire glass: US-based Rubicon Technology and South Korea’s Sapphire Technology. “All smartphone manufacturers have been meeting with all the major sapphire producers including Rubicon,” said William Weissman, chief financial officer of Rubicon. Sapphire Technology said it had received inquiries from several handset manufacturers, although it declined to identify any prospective customers. Neither have secured big supply deals.
LG Electronics spokesman Ken Hong said the South Korean company had looked at sapphire screen protection but did not believe the technology was ready yet.
China’s ZTE would use sapphire glass on wearable devices it was on the verge of pushing out, an executive said, but did not have immediate plans to introduce such covers on smartphones.
Sapphire glass is the hardest material in nature after diamonds. It is used in LED lighting, high-end jewelry and military equipment such as submarine and rocket windows. Sapphire crystals are created by applying high heat to purified aluminium oxide in a cylinder called a boule, which is then sliced into thin wafers and polished to form products. Companies such as Rubicon and Sapphire Technology usually sell big chunks of glass to fabricators who then slice it into thin wafers before polishing it.
Analysts expect sapphire glass to be limited initially to premium products due to high prices and the defect rates stemming from difficulties in configuring the glass into smartphone covers. Rubicon is working on hybrid solutions that would provide many benefits of sapphire as well as new processes that would eliminate the slicing and polishing steps. Meanwhile Sapphire Technology is also making the boule in a rectangular shape, which would allow more smartphone faceplate cuts than bar-type boules.