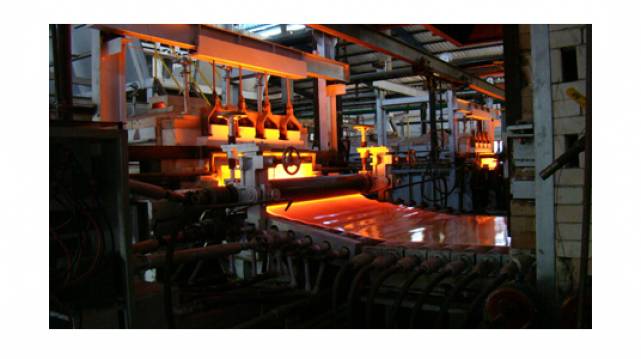 On 22 March 2018, SORG successfully completed the project for an ornamental glass manufacturing plant in India and handed it over to production. The project was started in March 2017.
The customer – Gopal Glass – is the market leader in ornamental glass production in India and intends to expand its capacity with additional production units.
The furnace has a melting capacity of 150 tonnes per day. Two forehearths are connected to the working end, both of them producing ornamental glass plates with a width of 1.2m.
The SORG team planned the furnace system with the corresponding supply units. The special feature of the melting furnace is the heating with gas and oil. Therefore, SORG developed the appropriate control concept and equipment setup and implemented them on site.
The customer bought the refractory material as well as the steel locally in India. The most important equipment parts such as the batch charger (EME CPO-500 D) were delivered by SORG.
The complete system was installed in an existing production hall. The former manufacturing plant was demolished beforehand.
For the successful project completion and as a gesture of appreciation for their good performance, the customer presented the supervisor team with a gift. One part of the gift represents the product ‘ornamental glass’. The spinning wheel with a small picture of Mahatma Gandhi on it symbolizes the careful development of India into an industrial nation.