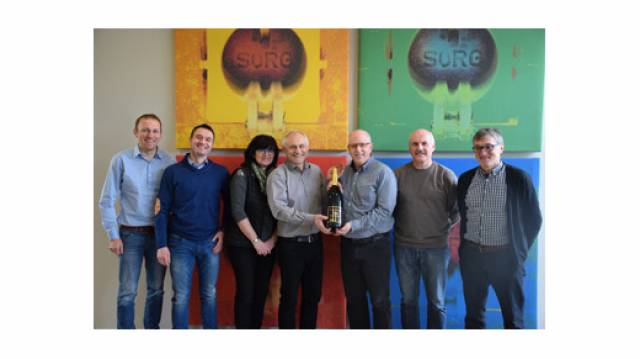 SORG has announced that it has sold its 300th x40 forehearth, after having taken over the Bucher Emhart Glass forehearth program in 2006.

The sale of its 300th x40 forehearth is a major milestone for SORG after having taken over the Bucher Emhart Glass forehearth programme in 2006. This programme included the 240, 340, 540 and 640 models. SORG combined the advantages of BEG forehearths with its own design to come up with the 340S® and 340S+ forehearths.
In addition to the 300 x40 forehearths, the Glass Conditioning department has completed the following projects:
* 290 STF forehearths
* 160 STW working ends
* 50 special forehearths (Boroglass, C-Glass)
* 65 forehearth side wall boosting systems
* 90 stirrer units
* 150 CONTI-DRAIN® systems
Sales Director Fred Aker, head of the glass conditioning department says it is a pleasure having such a widely accepted product. It makes his job in sales much easier: “We now look forward to establishing the new improved SORG® 340S+ forehearth in the market.”