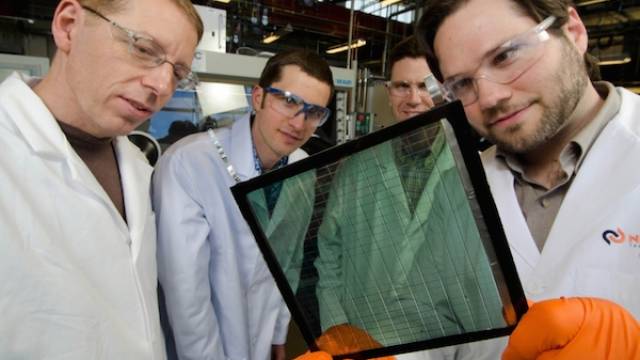 SolarWindow Technologies, Inc. will host a webcast on August 20, 2015 to discuss the company’s plans to bring to market its transparent electricity-generating windows for commercial skyscrapers and towers.

“Our technology boasts a calculated and validated financial payback of less than one year, when modeled for a 50 story building, and shows 50 times more energy output than conventional rooftop solar power systems, according to the company’s validated power model,” said Mr. John Conklin, President & CEO, SolarWindow Technologies, Inc.
Commercial buildings account for nearly 40 percent of all electricity consumed in the U.S. in 2014.

The webcast will feature SolarWindow and industry experts discussing the company’s technology objectives, commercialization path, recent technological advances, logistical challenges, and breakthroughs. “SolarWindow is hosting this milestone event with distinguished guest panelists because we have reached a point in time where we can now confidently share how we plan to bring our history-making products to market,” said Mr. Conklin.

Patent-pending SolarWindow™ products are under development for the estimated 85 million commercial buildings and detached homes in the United States.