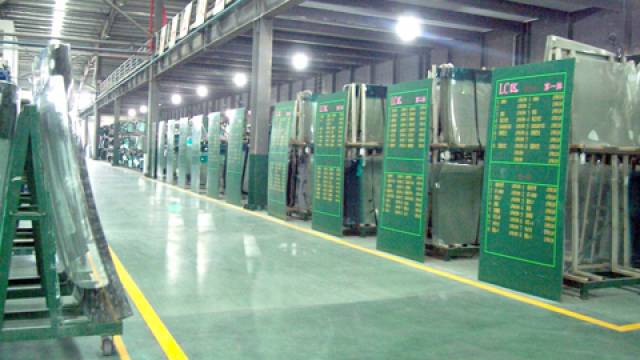 Workers at the Shenzhen Benson plant have gone on strike over factory relocation plans.

Workers at one of China’s largest auto-glass manufacturers have gone on strike over factory relocation plans, according to a Hong Kong stock exchange filing.
Xinyi Glass Holdings said an undisclosed number of workers at the firm’s wholly owned Shenzhen Benson plant started protesting outside the factory gates on September 10. Xinyi management blamed a “misunderstanding” and “lack of effective communication on the possible impact of the relocation of the production facilities” for the walkout. Xinyi said it is negotiating with the workers.
Production at the Shenzhen Benson plant accounted for 7 percent of Xinyi’s first-half revenue, the company said in the stock exchange announcement.
Xinyi reported first-half revenue of 5.4 billion HKD, a 7.4 percent drop from the six months to December 2013. The firm issued a profit warning in June.