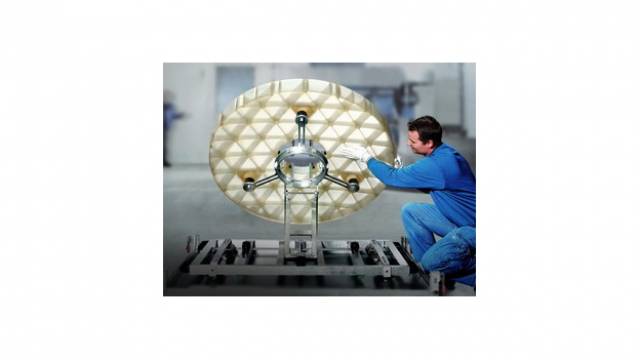 The international technology group SCHOTT looks back on a difficult but, nevertheless, satisfactory fiscal year 2012/2013 (1 October 2012, to 30 September 2013). “Our withdrawal from the polycrystalline photovoltaics business in mid-2012 fortunately did not put a permanent strain on our results. After a one year-long interruption, we returned to profitability,” Chairman of the Board of Management Dr. Frank Heinricht, explained at the annual results press conference. Consolidated net income amounted to EUR 26 million. Besides the positive results of continued operations that amounted to EUR 49 million, this figure also includes the negative results of discontinued operations in the amount of EUR 23 million. “We also used this year to realign SCHOTT,” Dr. Heinricht added. The fact that the company succeeded in reducing its financial liabilities by EUR 80 million to EUR 297 million clearly shows that the company rests on a “firm foundation,” as Dr. Heinricht put it.
Group sales declined by 2.3% to EUR 1.835 billion (2011/2012: EUR 1.877 billion). This decrease was a result of the euro’s negative currency effects, in particular against the Japanese yen and the Brazilian real. Without the impact of exchange rate changes, sales would have remained at the same level as last year. The company’s regional distribution between Europe (45.4%), Asia (26.2%), and North America (21.4%) remained virtually unchanged. Foreign sales accounted for 85% of total revenue. Earnings before interest and taxes (EBIT) amounted to EUR 118 million following EUR 147 million the previous year. Higher special effects than in fiscal year 2011/2012 were mainly responsible for the decline.
SCHOTT invested EUR 79 million in order to maintain its high level of research and development activities, a 9% increase compared with the previous year. Investments in tangible fixed assets increased at an even higher rate. They rose by 23% from EUR 99 million to EUR 122 million, half of which was invested at sites in Germany and the other half abroad.
SCHOTT Group had 15,400 employees worldwide on September 30, 2013, nearly 700 fewer people than the year before. This decline can be attributed for the most part to withdrawal from the photovoltaics business. 5,300 employees worked for the company in Germany.
The “Pharmaceutical Systems” division remained on its growth course. This includes mainly special glass tubing and primary pharmaceutical packaging, such as syringes, vials, ampoules, and cartridges. As the only manufacturer of pharmaceutical packaging that operates its own production facilities in both mature and fast-growing emerging markets (China, Russia, Brazil, India, and Indonesia), SCHOTT is currently in an ideal position. “In total, we are growing faster than the market,” Dr. Heinricht reported. Each year, SCHOTT manufactures more than nine billion packaging units made of specialty glass and plastics on more than 800 production lines in 13 countries.
The Home Tech division with its strong brands Ceran® glass- ceramic cooktop panels and Robax® fireplace viewing panels is also of importance and developed at a different pace from region to region. While stable market growth was achieved in Europe, demand in the NAFTA states remained weak, although there were signs of recovery that gave reason for cautious optimism in the second half of the year. Eastern Europe and Asia also developed positively. SCHOTT hopes to send new signals to the market by launching white cooktop panels that will be available in three different shades as trend colors for the kitchen. SCHOTT is the first manufacturer of fireplace viewing panels to use a special technology to produce panels with more than two bending edges. This offers fireplace designers and manufacturers completely new design options, and fireplace owners a much better panorama view of the fire.
With respect to the “Concentrated Solar Power” (CPS) division, Dr. Heinricht described the market conditions as difficult. With its receivers, SCHOTT supplies the core element for use in this technology for generating power by way of solar thermal parabolic trough power plants. “Our goal is to enter into a strategic partnership in this field. In fact, we are even willing to consider selling the majority of our shares,” Dr. Heinricht explained in reference to the company’s plans for the future. In this respect, CSP was accounted for as a “Result of discontinued operations” in the profit and loss statement and financially reclassified to “held for sale.” The previous year was also adjusted accordingly.
SCHOTT still assesses the framework conditions for the current fiscal year to be difficult due to the uncertain development of the world economy, the current weakness of the currencies of many emerging countries, and the ongoing European debt crisis. “Nevertheless, we still feel that we are well prepared for this volatile market,” Dr. Heinricht emphasized. He also added that SCHOTT will make even better use of its broad product portfolio as the company continues to realign its activities and thus be able to take advantage of future growth opportunities. As Dr. Heinricht put it: “Our goal is to achieve sustainable profitability.”
Based on how business has developed during the first months of this year, SCHOTT expects group sales to increase by between 4 and 6% in fiscal 2013/2014, adjusted for currency effects, and higher EBIT than in the previous year. The group expects profit for the year in the double-digit million euro range.