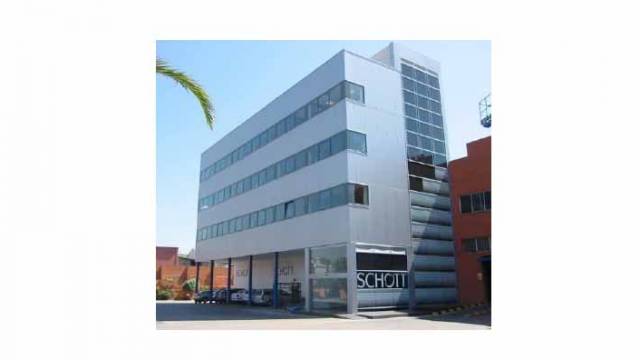 Thanks to an agreement reached as a result of the negotiation process between the company and the Workers Committee, 30 workers of the Schott manufacturing site in Sant Adrià de Besòs, Spain, will be able to start new jobs in other areas of the international Schott Group.

Schott Ibérica has reached an agreement with the workers about the closure of its manufacturing site in Sant Adrià de Besòs, Spain. The company had decided to close the factory because significant investments would be needed to renew and update the production equipment in order to remain competitive. As under these circumstances it would not have been possible to operate the plant in an economical way in the future, the plant will reduce its activities in two steps beginning this summer and will stop production end of 2014. In line with these steps employees will gradually cease their work in the plant.
Schott is aware of its responsibilities to its employees and has found a fair solution in cooperation with the social partners: 30 of the 112 affected employees will be able relocate and work at other Schott facilities in Germany and Switzerland. The company and the workers also agreed on a financial compensation as well as the engagement of professional agencies that will accompany all other employees and support them in finding new jobs. The agreement has been reached as a result of the negotiation process between the company and the Workers Committee, and has already been approved by the Workers Assembly.
Schott will continue its sales activities in Spain with the same quality and reliability as usual, and will keep on being present with a sales office.
Schott is an international technology group with 130 years of experience in the areas of specialty glasses and materials and advanced technologies. Its core markets are the household appliance, pharmaceutical, electronics, optics and transportation industries. Schott AG, with its headquarters in Mainz (Germany) is owned by the Carl Zeiss Foundation.