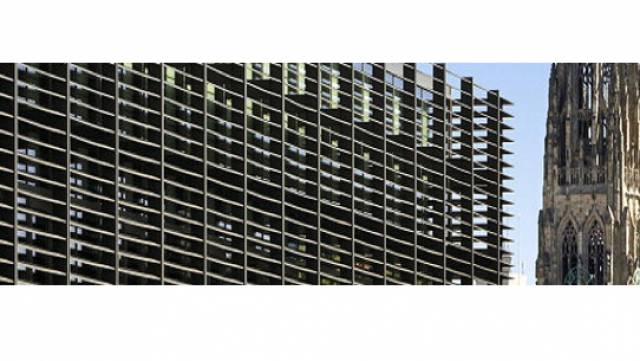 Building Knowledge experts from Certainteed were present in to Denver for the 2013 American Institute of Architects (AIA) Convention where they hosted a series of eight CEU courses, as well as the Building Knowledge Bar.

In conjunction with its parent company Saint-Gobain, CertainTeed Corporation sent its Building Knowledge experts to Denver for the 2013 American Institute of Architects (AIA) Convention, 20-22 June. The company hosted a series of eight CEU courses, as well as the Building Knowledge Bar, where architects had the possibility to access a wide array of solutions related to solar roofing technology, fire-resistance, acoustics, energy efficiency and indoor environmental quality.
Both exhibits represent the collective expertise of Saint-Gobain and its North American subsidiaries, which include the CertainTeed, Grenite, Norton, Green Glue and VetroTech brands.
“Saint-Gobain and its North American family of brands are making significant contributions to the building industry that span well beyond the manufacture of products,” said John Crowe, president and CEO of Saint-Gobain and CertainTeed. “On a daily basis, our world-class team embraces a forward-thinking approach in tackling industry challenges – capturing a multi-dimensional understanding of how materials relate, perform, and evolve in the built environment.”
A subsidiary of Saint-Gobain, the world’s largest building products company, CertainTeed and its affiliates have more than 5,700 employees and more than 60 manufacturing facilities throughout the US and Canada. For five consecutive years, the company has received top honours from the US Environmental Protection Agency for its contributions in protecting the environment and was most recently the recipient of the 2013 ENERGY STAR Sustained Excellence Award. The group had total sales of approximately USD 3.3 billion in 2012.
Saint-Gobain, the world’s largest building materials company, has its North American headquarters in Valley Forge, Pennsylvania. The company has more than 265 locations in North America and approximately 19,000 employees. In the US and Canada, Saint-Gobain reported sales of approximately USD 7.7 billion in 2011.
Recognized as a 2009 and 2010 ENERGY STAR Partner of the Year by the US Environmental Protection Agency, Saint-Gobain earned the 2011 and 2012 ENERGY STAR Sustained Excellence Award, the highest level of recognition for outstanding contributions to protecting the environment through energy efficiency.