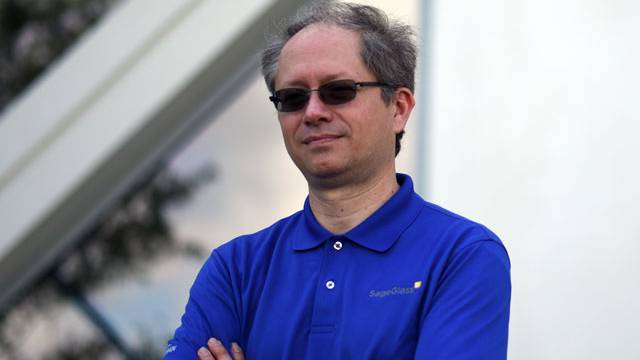 Jean-Christophe Giron, VP of R&D & Product Development at SAGE Electrochromics was nominated as a finalist in the recent European Inventors Award

Giron, who has been with Saint-Gobain since January 1995, joined the SageGlass team four years ago, in April 2011. Although he is the inventor or co-inventor of 495 patents worldwide, quite an impressive number, Giron had no idea that such prestigious recognition was heading his way.

The European Inventors Award celebrates the spirit of innovation, thus accordingly it is the most important prize for innovation in Europe. In the words of the European Patent Office (EPO), the award pays tribute to the creativity of inventors worldwide who use their technical and scientific skills to “make a real contribution to technological progress and economic growth and so improve people’s daily lives.” The award consists of five categories: Industry, small and medium-sized enterprises, research, non-European countries and lifetime achievement.

Jean-Christophe was nominated due to his pioneering contributions with electronically tintable glass both at Saint-Gobain and SageGlass.

Out of 450 initial proposals, a prestigious international jury narrowed the selection down to 15 finalists, Giron among them. For his contributions in the field of electrochromics, he was placed in the Industry category with two other leading innovators. For Giron, the nomination itself is an acknowledgment and reward of hard work not only for himself but also for the teams at Saint-Gobain and Sage. “I consider myself more a contributor than an inventor,” he said.

The awards ceremony was held on June 11, 2015 at the Palais Brongniart, an iconic location in Paris, France.