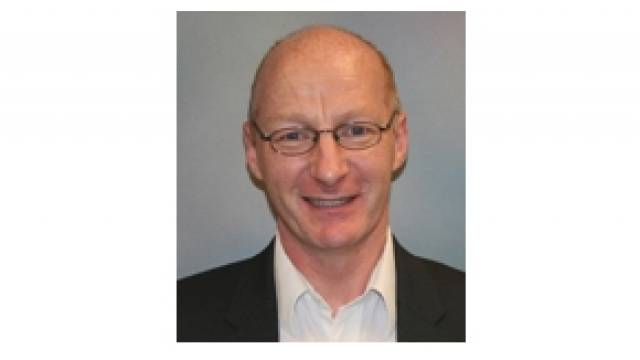 SAGE has a new Vice President of Operations – Dr. Alan McLenaghan – who brings extensive experience in glass manufacturing, thanks to 15 years with Verallia North America.

SAGE, the leading manufacturer of electronically tintable dynamic glass, announced that Dr. Alan McLenaghan has joined the company as its Vice President of Operations.
McLenaghan will bring his extensive experience in glass manufacturing to SAGE’s new 320,000-square-foot high-volume manufacturing facility in Faribault, MN. He will support the organization in the completion of the facility and be responsible for safety, supply chain, MIS, and manufacturing operations at what will be the world’s largest and most advanced electrochromic glass manufacturing facility when it begins commercial production in early 2013.
“I am excited to join SAGE at a time when the dynamic glass industry is poised to enter the mainstream with a revolution in technology, production capacity and product options,” said McLenaghan. “SAGE will have the scale to bring SageGlass® to market in high volumes and with larger sheets of glass than have previously been available in the market, opening us up to the vast majority of global building projects. I look forward to being able to apply my experience in manufacturing and new technology development to help SAGE continue its market leadership.”
McLenaghan comes to SAGE from Verallia North America, a Saint-Gobain group company headquartered in Muncie, IN.  McLenaghan began his 15-year career with Saint-Gobain in 1998 when he led construction of the company’s award-winning float glass manufacturing plant in Eggborough, North Yorkshire, England. That facility won the prestigious UK “Best Factory” award from the Cranfield School of Management in 2005 while Dr. McLenaghan served as Site Director. Prior to Saint-Gobain, he spent three years with DuPont and seven with ICI in both the UK and US.
SAGE and Saint-Gobain initially joined forces to combine their dynamic glass manufacturing and R&D expertise in November 2010. Saint-Gobain furthered the strategic partnership in May 2012, by acquiring 100% of the company, making SAGE a wholly-owned subsidiary.
“SAGE is entering an important new phase in its history as we ramp up to become the industry’s first mass-market producer of dynamic glass,” said John Van Dine, SAGE founder and CEO. “Alan has the industrial expertise and strategic management skill-set to support the world class technology team at SAGE, and help support the organization through its manufacturing and commercial transformation. Alan knows how to build a team and a culture that excels in not only manufacturing, but safety, environment and energy efficiency improvements as well.”
Dr. McLenaghan has a degree in applied chemistry and physics from the University of Strathclyde in Scotland. He also has a PhD in polymer physics from the same university and the Institut Laue-Langevin in Grenoble, France.