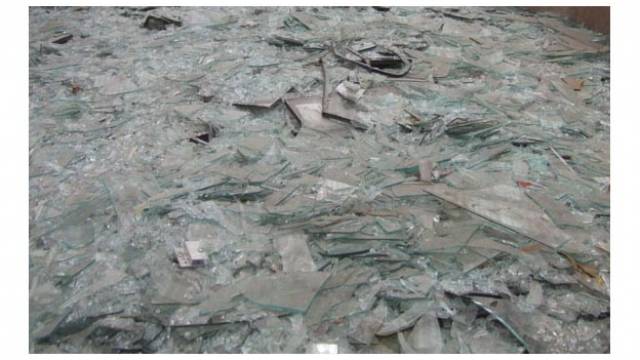 Recycling more than 1.3 million windshields has meant saving more than 23,000 tons of waste from landfill. This was the result of Safelite AutoGlass’ wide-scale windshield-recycling program in 2014, and thanks to a partnership with Shark Glass Recycling North America.

Safelite AutoGlass®, the US’ largest provider of windshield replacements, recycled more than 1.3 million windshields in 2014, saving more than 23,000 tons of waste from landfill.
Safelite is the only vehicle glass company with a wide-scale windshield-recycling program. Windshields are not commonly recycled because they are made from laminated glass, which is created using two sheets of glass with a clear resin interlay called Polyvinyl Butyral (PVB) between. It is the resin interlay that keeps the glass together when damaged, but it is also difficult to separate the glass and inner plastic layers and re-purpose the PVB. Additionally, the logistics of returning windshields to a recycling plant are challenging.
However, in 2012, Safelite AutoGlass implemented its windshield-recycling program thanks to a partnership with Shark Glass Recycling North America.
With Shark’s patented technology, the laminated glass from Safelite’s customers is processed through the crusher, which separates the glass from PVB. Approximately 90% becomes “glass cullet,” which can then be recycled into a number of new products including fiberglass insulation, while approximately 7% becomes PVB scrap, which is reprocessed into pellets and recycled into a number of new products, such as carpet backing, paint and primer, and other plastic products. In fact, Safelite uses rugs made with the recycled carpet backing with the company logo in many of its locations.
The logistics of collecting the damaged windshields and shipping to the recycling plant were designed to be carbon neutral, using existing freight lanes within the supply chain returning to Safelite’s east coast distribution centre. For this reason, Safelite currently has 70% of its locations returning damaged windshields and hopes to reach 100% in the near future.
“We believe our customers appreciate our efforts to recycle their damaged windshields,” said Tom Feeney, Safelite’s president and CEO. “We are proud to have recycled 2.7 million windshields since 2012. We are also proud of the long list of ‘green’ business practices at our company, not just because our customers expect it, but because it’s the right thing to do.”
Shark Glass Recycling North America is a subsidiary of Shark Solutions A/S, a Danish cleantech market leader in recycling post-consumer laminated PVB (Polyvinyl Butyral) and glass from windshields and laminated architectural/building glass.