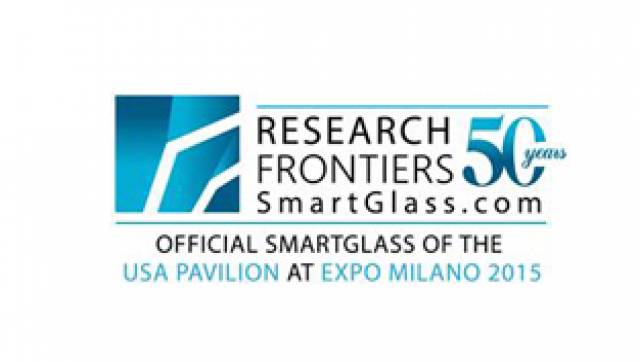 Research Frontiers Inc. and Israel-based material science company Gauzy Ltd. have announced that Gauzy has acquired a non-exclusive license from Research Frontiers to develop, produce and sell products and components using Research Frontiers’ patented SPD-Smart light-control technology. The minimum annual royalties, royalty rate, and other fees and license terms were not disclosed.
Eyal Peso, President and CEO of Gauzy, noted: “Our business has been rapidly expanding based upon our constant focus on bringing the best-performing and most innovative technology-based products to our customers worldwide. Introduction of SPD-Smart light-control technology to our product line will help us to continue and accelerate this rapid growth while still maintaining our focus as the provider of the most innovative and advanced glass technology products. We see clear and significant synergies specifically between our LCG® (Liquid Crystal Glass) technology and Research Frontiers’ SPD-SmartGlass light control technology, and the general synergies between our two companies and our worldwide businesses. We are particularly strong and focused in the architectural smart glass industry and Research Frontiers’ SPD technology is particularly strong in transportation industry applications, such as smart windows and sunroofs for cars, trains, aircraft and boats. Gauzy and Research Frontiers working closely together for the benefit of all of the companies supplying products in all of these areas has clear advantages for both of our companies.”
Joseph M. Harary, President and CEO of Research Frontiers, noted: “Gauzy brings the fast, results-based culture of a start-up, and access to interesting cutting-edge technology both from Israel and elsewhere. Gauzy’s established and growing network of over 50 glass fabricators worldwide brings additional synergies, infrastructure, and growth opportunities. Because these companies have already been trained and certified in working with Gauzy’s PDLC film product, they should have the ability and experience to quickly incorporate SPD-Smart technology, which is also a film-based technology with similar handling, lamination, and other fabrication characteristics. Over the past ten months, we have worked closely and have gotten to know the talented and highly effective team at Gauzy, and welcome the energy, experience and creative and practical innovation that they bring to benefit the entire SPD-SmartGlass industry and its customers.”
The SPD-SmartGlass technology is the same best-selling smart window technology that can be found on various car models from Daimler. The MAGIC SKY CONTROL feature, which is now in use on tens of thousands of Mercedes-Benz SLs, SLC/SLKs, Maybach and S-Class models around the world, uses patented SPD-SmartGlass technology developed by Research Frontiers to turn the roof transparent by electrically aligning tiny particles in a thin film within the glass. With the touch of a button, drivers and passengers can instantly change the tint of their roof to help keep out harsh sunlight and heat, and create an open-air feeling even when the sunroof is closed. Glass or plastic using Research Frontiers’ patented SPD-SmartGlass technology effectively blocks UV and infrared rays in both clear and darkly tinted modes, helping keep the cabin cooler, and protecting passengers and interiors while also enhancing security inside the vehicle. These benefits become even more important when a car uses large surface areas of glass, especially in warm climates.
Some of the other benefits of SPD-SmartGlass include significant heat reduction inside the vehicle (by up to 18ºF/10ºC), UV protection, glare control, reduced noise and reduced fuel consumption. Independent calculations also show that use of SPD-SmartGlass can reduce CO2 emissions by four grams per kilometer, and increase the driving range of electric vehicles by approximately 5.5%.
Shortly after its introduction into serial production in the automotive industry, SPD-SmartGlass has become standard equipment on many different aircraft, and is also used in residential and commercial architectural applications, in trains, yachts and other marine vehicles, in display applications, and to protect light-sensitive artwork and documents in major museums around the world.
Gauzy, a leading vendor of material science, focused on the research, development, manufacturing, and marketing of technologies which are embedded into and onto raw materials, has successfully commercialized Liquid Crystal Films to produce LCG® (Liquid Crystal Glass), control systems, and a turnkey training and certification program for worldwide partners, including patented quality verification tools. LCG® allows the gradual control of various forms of light when embedded into (laminated) or retrofitted on to (retrofit) transparent materials, such as glass. Primarily focused on PDLC technology (Polymer Displaced Liquid Crystal) until now, the company is not limited, and has the expertise for developing and manufacturing SPD, NLC, and PSLC.
Along with a best of breed R&D team, Gauzy also has an on-site production line with custom machinery for high quality products with on time delivery. Gauzy’s technology is featured in notable projects worldwide, including automotive collaborations with leading OEMs and Tier 1 suppliers, hotels, corporate offices, luxury residences, retail chains and consumer electronics.