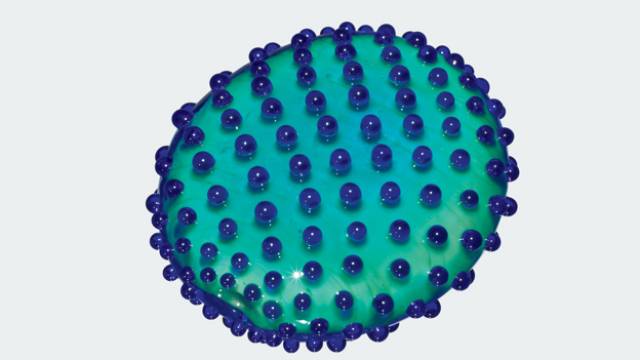 Works by Kristina Logan and Ingeborg Lundin for Orrefors are among the highlights of recent acquisitions to the Museum’s glass collection and Rakow Library holdings.

The Corning Museum of Glass is a dynamic institution that actively collects, educates, preserves, and shares the art, history, science, and technology of glass and glassmaking. New objects are added to the Museum’s collection each year through acquisitions and donations. Recent highlighted additions to the glass collection include a contemporary bead by Kristina Logan, an innovative side table by Belgian designer Sylvain Willenz, a remarkably preserved 18thcentury cut glass chandelier with twelve arms, and a brilliant chandelier designed by Ingeborg Lundin, the first woman hired to design for Orrefors Glasbruk.
The Rakow Research Library of The Corning Museum of Glass houses the world’s most comprehensive collection of materials on the art and history of glass and glassmaking. The Library collection ranges from medieval manuscripts to original works of art on paper to the latest information on techniques used by studio artists. Highlights of recent additions to the Library’s holdings include a lavish Art Deco trade catalogue produced by the DeVilbiss Company, and a glass-covered book celebrating Swedish designer Edward Hald, Modernt Svenskt Glas: Utveckling, Teknik, Form (Modern Swedish Glass: Development, Technology, Form).
Kristina Logan is one of the preeminent contemporary American glass beadmakers working today. The recently acquired Turquoise Cactus Bead displays the level of perfection that Logan has achieved in her work, balancing the symmetry of the exterior dots, added strictly by eyesight with no measurement, with the beauty of the deeply tonal glass in the body of the bead. In her work, Logan uses traditional lampworking techniques in a contemporary manner. The bead will be on display in the exhibition Life on a String: 35 Centuries of the Glass Bead opening 18 May 2013.
Belgian designer Sylvain Willenz designed the Shift side table in 2010, while experimenting with glass at the Centre international de récherche sur le verre et les arts plastiques (CIRVA) in Marseille, France. The shape of the Shift side table reproduces the formal elements and details typically found in industrially-produced blown plastic products, which Willenz previously designed. The table was made out of thick mould-blown glass that was hot-worked, cut, and sandblasted. Shift was made in a limited edition of 30 in three colours. The table acquired by the Museum is opaque yellow with swirls of peach-coloured glass.
Crafted around 1760-1765, the recently acquired chandelier with twelve arms remarkably possesses all original elements except for one replacement piece, which is dated to the period it was made. In the 18th century, the English chandelier became an important decorative component within the elegant interiors in the homes of the nobility. Cut glass, more accessible and affordable than rock crystal, brilliantly amplified the reflected candlelight used to illuminate these interiors. The style of the chandelier is very similar to the one currently hanging in Independence Hall, Philadelphia, and may be from the same manufacturer. The chandelier has been installed in the Museum’s crossroads and is currently on view.
Ingeborg Lundin, an acclaimed designer, was the first woman hired to design for Orrefors Glasbruk in Sweden. In 1962, Lundin was assigned her first major lighting project, a commission for Götabanken in Stockholm. She designed a large spherical chandelier built up of triangular and circular pressed glass elements mounted on a brass frame. The Museum’s recently acquired chandelier, designed about 1962–1963 and made between 1963 and 1967, is a variant of this design. This chandelier hung in the foyer of the B’nai Israel synagogue in Elmira, N.Y., until 2012, when the congregation moved to another location.
The Rakow Library has acquired a trade catalogue produced by the DeVilbiss Company of Toledo, Ohio. DeVilbiss produced luxury glass items, considered elegant and sophisticated due to the tall and sleek shape of many of the glass bottles. The perfume bottles, perfume lamps, and atomizers showcased alongside vanity sets, ash trays, and powder boxes in the catalogue reveal an Art Deco influence. The atomizer product line was implemented by Thomas DeVilbiss in 1907. Atomizers were sprayers originally intended as medical apparatus by Thomas’ father, physician Dr. Allen DeVilbiss. This catalogue joins the Library’s collection of six original DeVilbiss catalogues with publication dates ranging from 1925 to 1939.
Modernt Svenskt Glas was published in 1943 for the anniversary of the birth of Edward Hald (1883–1980), a designer at the Swedish glassworks Orrefors and one of the early major contributors to the Swedish art glass movement. Hald introduced the graal technique with fellow Orrefors designer Simon Gate and master glassblower Knut Bergqvist. This acquisition, which is volume number 120 in a limited edition of 300 copies, is now one of two works in the Rakow Library collection with cover boards made of glass. The glass, colourless and with rounded corners, is enhanced by the engraved entwined initials “EE” (for original owner Elsa Ebert). The glass cover was likely produced and engraved at Orrefors. 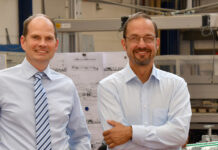 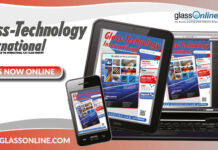 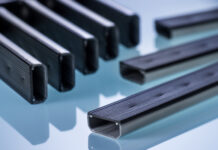 For Mappi it’s another “always on” summer