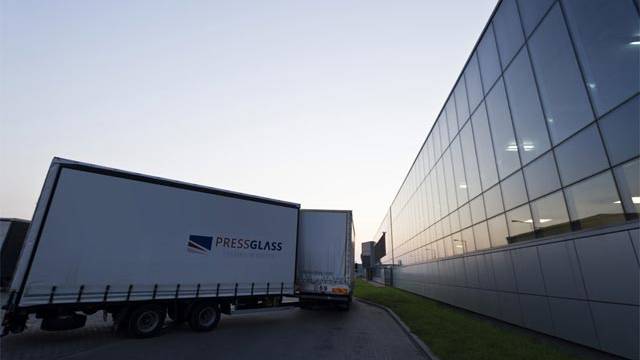 Poland’s PRESS GLASS has been awarded the prestigious Forbes Diamond 2015 granted to the most dynamically growing companies.

Focusing on glass manufacturing for the construction sector, the company also won an award for the best website. This year’s ranking was prepared by analysts from Bisnode Polska, the credit information agency, and the editors of the Polish edition of Forbes monthly. They analysed companies which filed their reports with the National Court Register on time in 2014.
In addition to the awards, the companies received a positive credibility rating. It means they are profitable (according to the ROA and EBIT ratios), have a high current liquidity and are not in arrears with any payments.
The methodology adopted by the ranking’s authors relies on the Swiss method which combines property and income methods. The Forbes Diamonds 2015 honoured the companies that recorded an average annual value increase of minimum 15 percent.
PRESS GLASS was also acknowledged for effectively taking up opportunities offered to companies by the Internet. The company received the Forbes & Biznes.pl e-Diamond for the best company website. The award judges appreciated the use of YouTube to present company products.
The awards were given on 26 March 2015 at a gala event in the Monopol Hotel (Katowice, Poland).