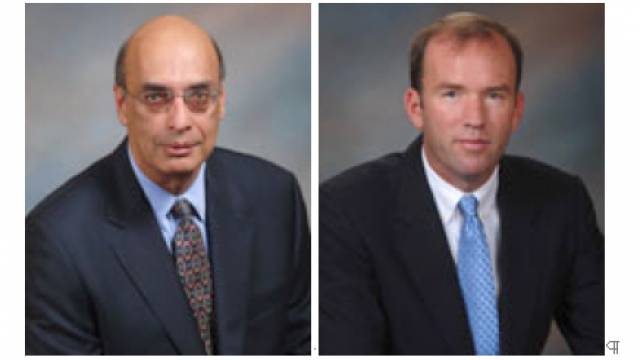 PPG Treasurer and a company officer, effective 1 December, will be Eric K. Thiele, taking over from Vice President and Treasurer Aziz Giga, who has announced his retirement, effective 1 March 2013.

PPG Industries announced the appointment of Eric K. Thiele, PPG assistant treasurer and credit director, as treasurer and a company officer, effective 1 December. He will report to David B. Navikas, PPG senior vice president, finance and chief financial officer, and he will continue to be based at the company’s global headquarters in Pittsburgh.
Thiele succeeds PPG Vice President and Treasurer Aziz Giga, who has announced his retirement, effective 1 March 2013. Giga will continue to support the company as corporate vice president during the transition period.
“Eric’s depth of experience and knowledge of PPG’s businesses and finance organization will help him serve the company well as treasurer, particularly in light of continued global economic uncertainty,” Navikas said. “In addition, we thank Aziz for his significant contributions to PPG in numerous leadership positions during his 35-year career. Among his many achievements, Aziz provided important leadership and guidance to PPG during the severe economic downturn starting in 2008. His efforts were instrumental in positioning PPG for success. We congratulate him on an exemplary career and wish him and his family the very best.”
Thiele joined PPG in 1995 and advanced through positions of increasing responsibility, such as director, financial services, aircraft transparencies; director, financial reporting, coatings businesses; director, finance and planning, automotive coatings; and director, finance, and chief financial officer, PPG Asia Pacific. He earned a Bachelor of Arts in economics from Allegheny College and a Master of Business Administration from the University of Pittsburgh.PPG