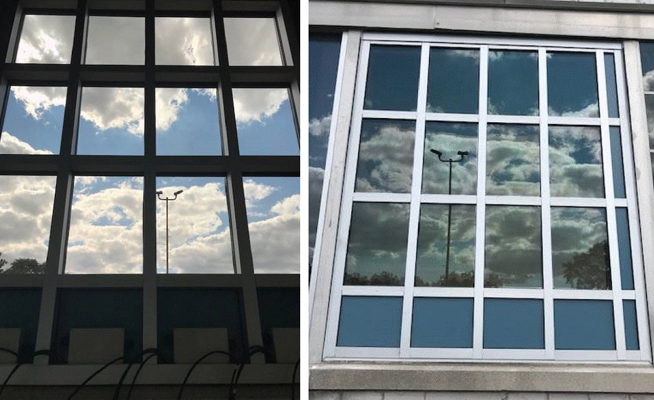 NSG Group announced in May 2019 a joint development agreement between its subsidiary Pilkington North America and Ubiquitous Energy, a leader in transparent solar technology, to jointly develop transparent solar windows.

UE’s transparent photovoltaic coating adds an invisible element of power generation by capturing non-visible wavelengths and creating a window that acts as a photovoltaic cell without obstructing the view. UE Power™ collects and transmits electricity through an onboard system built discreetly into the window frame. The collected electricity is then transferred to a battery capable of powering a variety of products and increasing the overall energy efficiency of a building. These windows can be used in addition to solar cells on a rooftop, as they exponentially increase the area available for power generation on a large building by enabling the full facade to collect energy.

In addition to generating power, the UE Power™ installation in Northwood takes a wide variety of technical data points from the site, such as wind speed, light exposure, and outside temperature. In a full installation, the data could then be used to integrate with the building’s system controls to determine how to best utilize the power in the operation of the building. The Northwood site will use the BIPV system to power exterior signage and lighting. In the future, a larger installation could potentially offset significant building power consumption.

NSG has a deep history in technology innovation and is very excited about the future of this BIPV technology, our partnership with Ubiquitous Energy, the benefits for consumers and building occupants, and the impact on meeting building demands of the next decade.