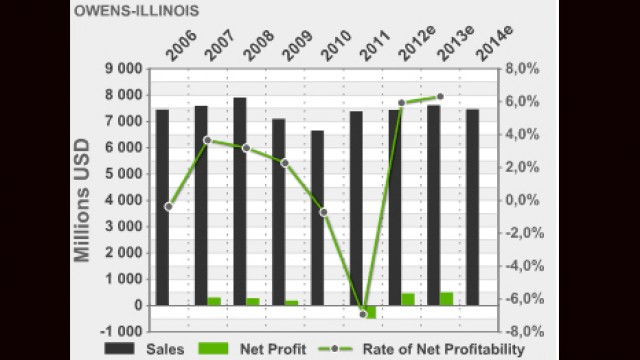 Owens-Illinois (O-I) has announced that despite higher sales and production volumes in 2011, the company’s full-year 2011 report presented lower earnings.
According to the company, the full-year 2011 segment operating profit of USD 894 million is down from USD 964 million, which was reported in 2010. The full-year net sales were however, up from USD 6.6 billion in 2010, to USD 7.4 billion.
Stronger shipments, higher sales prices and favourable foreign currency translation had a positive impact on earnings for the year, the company reported. However, it said these factors were offset by increased manufacturing costs due to elevated cost inflation, North American supply chain issues in the second quarter of 2011 and weaker wine and beer markets in Australia.
Commenting on the results, Chairman and Chief Executive Officer Al Stroucken said: “We increased our free cash flow generation over prior year levels and focused on debt reduction in the second half of the year. Stronger shipments across all of our regions in 2011 were driven by prior year acquisitions and organic growth. However, high cost inflation and operational issues impacted our earnings for the full year. We took immediate action and refocused on our operations, and we are increasing prices to recover inflation.”