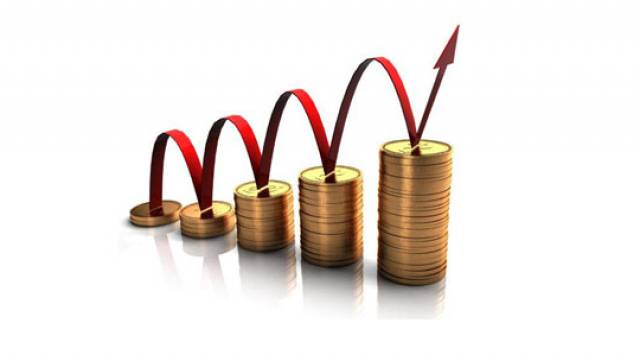 Owens Corning has reported consolidated net sales of USD 5.3 billion in 2013, up from net sales of USD 5.2 billion in 2012.
Full-year 2013 adjusted earnings were USD 221 million, or USD 1.86 per diluted share compared to adjusted earnings of USD 131 million, or USD 1.10 per diluted share, in 2012. Net earnings in 2013 were USD 204 million, or USD 1.71 per share, compared to net loss of USD 19 million, or USD 0.16 per diluted share last year.
Fourth-quarter 2013 adjusted earnings were USD 52 million, or USD 0.44 per diluted share, compared with USD 13 million, or USD 0.11 per diluted share, during the same period one year ago. The company reported net earnings of USD 82 million, or USD 0.69 per diluted share, in the fourth quarter of 2013, compared with a net loss of USD 56 million, or USD 0.47 per diluted share, in 2012. (See Table 6 for a discussion and reconciliation of these items.)
“In 2013, our insulation business returned to profitability. This was an important achievement for our company,” said Chairman and Chief Executive Officer Mike Thaman. “We are pleased to establish a quarterly dividend as an additional mechanism to return value to our shareholders.
“All three businesses improved in 2013, benefitting from a stable and growing global economy and a recovering US housing market,” Thaman added. “We expect similar growth in 2014 and we are working to maintain the momentum we established last year.”
The decision to declare a dividend conveys the confidence of the Board of Directors in the company’s long-term financial outlook and cash flow generation. The company will make an initial quarterly payment of 16 cents per common share on 3 April 2014, to shareholders of record as of 14 March 2014.
Owens Corning maintained a very high level of safety performance in 2013. The company had 88% fewer injuries than the average manufacturing company when measured against the rates published by the US Department of Labor.
Adjusted earnings before interest and taxes (EBIT) in the fourth quarter of 2013 was USD 96 million, compared with USD 52 million in 2012. EBIT for the fourth quarter was USD 104 million, compared with USD 16 million during the same period in 2012.
Full-year adjusted EBIT was USD 416 million in 2013, compared with adjusted EBIT of USD 293 million in 2012. Full-year EBIT in 2013 was USD 385 million, compared to USD 148 million in 2012.
In 2014, the company expects to deliver USD 500 million in adjusted EBIT based on our current outlook for an improving US housing market and moderate global growth.
We expect the Roofing business to deliver another strong year in 2014 and anticipate that the market will grow on new construction with flat to potentially improving re-roofing demand.
Insulation should continue to benefit from growth in US residential new construction, improved pricing and operating leverage.
In Composites, the company expects recovering market conditions to drive price improvement of USD 20 million to USD 30 million. Pricing is expected to be the primary driver of EBIT growth in 2014.
The company estimates a long-term effective tax rate of 28% to 30%, and a long-term effective cash tax rate of 10% to 12% on adjusted pre-tax earnings, due to the company’s USD 2.2 billion US tax net operating loss carryforward. The effective book tax rate for 2014 on adjusted earnings is expected to be within the long-term range.
The company expects general corporate expenses to be USD 120 million to USD 130 million in 2014. Capital expenditures in 2014 are expected to total approximately USD 400 million, including an estimated USD 65 million for the start of construction of a non-woven facility.
The cash dividend to be paid in April will mark the company’s first such payment since 2000. Future dividend declarations will be made at the discretion of the Board of Directors and will be based on such factors as the company’s earnings, financial condition, cash requirements, future prospects and other factors.
First-quarter 2014 results will be announced on Wednesday, 23 April 2014, while the Conference Call and Presentation will take place on Wednesday, 12 February 2014
11 a.m. Eastern Time.
All Callers are requested to use the live dial-in telephone number: US and Canada 1.877.201.0168 or international +1.647.788.4901, entry number: 354-170-30 (dialling in 10-15 minutes before conference call start time).
A live webcast will be available at: http://investor.owenscorning.com/investor-relations/, and a telephone replay through 19 February 2014. For US and Canada, call 1.855.859.2056 or international +1.404.537.3406, with conference replay number: 354-170-30.
A replay of webcast will also be available until 12 February 2015 at: http://investor.owenscorning.com/investor-relations/
To view the slide presentation during the conference call, please log on to the live webcast at: http://investor.owenscorning.com/investor-relations/